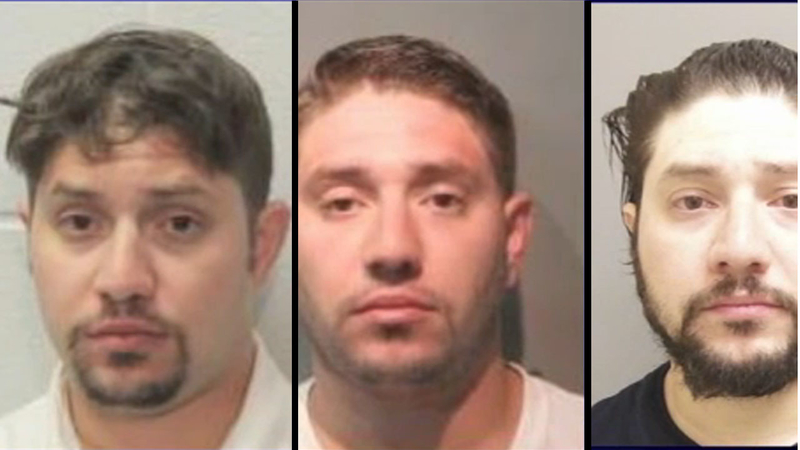 HARRIS COUNTY, Texas (KTRK) -- The Harris County District Attorney's Office is trying to keep a man, who has been charged with his eighth DWI, behind bars.

Gustavo Marroquin was taken into custody by La Porte police on Tuesday, after officials said they found him to be intoxicated during a traffic stop for speeding.

The 32-year-old has gone to prison for DWI three times already, with punishments ranging from two to 10 years. He was granted parole in October.

"It is the purest form of luck, the fact that he hasn't gotten into a serious crash or seriously hurt or killed someone yet," Sean Teare, the assistant district attorney, said. "It's a ticking time bomb. It's a matter of time before his luck runs out and an innocent civilian's luck runs out."

Teare said Marroquin's other seven DWI charges have stemmed from speeding, going the wrong way down a one-way street and driving through neighborhood yards.

Hours after his arrest this week, Magistrate Judge Joy Thomas signed a personal recognizance bond for Marroquin and he was released.

The DA's office said they noticed what happened the next morning during Marroquin's court appearance.

Judge Abigail Anastasio raised his bond to $100,000 and Marroquin was taken back into custody and remains behind bars.

"He is what we call a true habitual offender," Teare said. "In the Texas state constitution, you are able to hold those individuals at no bond, let alone a non-surety bond. Additionally, he is on parole for another five years."

Teare said they have been in touch with the TDCJ to revoke Marroquin's parole, which would keep him behind bars. They also plan to have a hearing before a judge to have his bond revoked.

"We are going after it in every way possible," Teare said.

ABC13 attempted to reach Marroquin's attorney, but it is unclear who will represent him in the case.