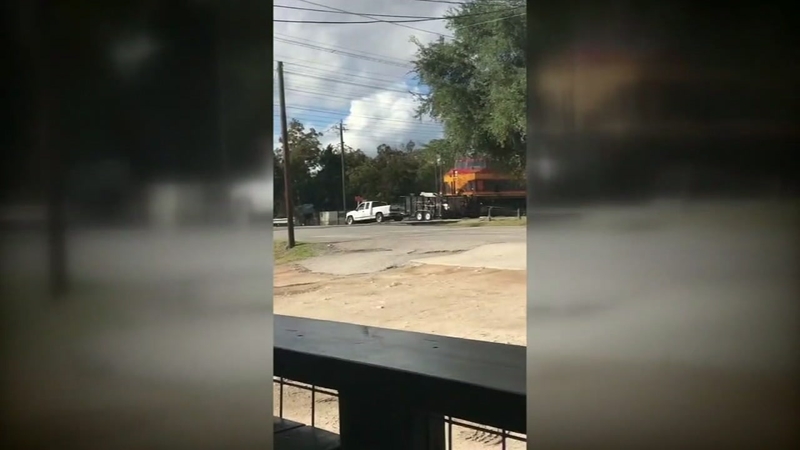 HOUSTON, Texas (KTRK) -- Dramatic video captured the frightening moment a train wiped out the trailer of a pickup truck in the West University area.

According to police, the incident happened in the 4200 block of Bellaire Boulevard around 2:42 p.m.

The video was captured by Matthew Harris, who told ABC13 he was at a nearby bar when the incident happened.

Harris tells Eyewitness News he wants to start a GoFundMe in order to help the driver get a new trailer.

It wasn't immediately known whether anyone was injured, but Houston police said no medical personnel was called to the scene.