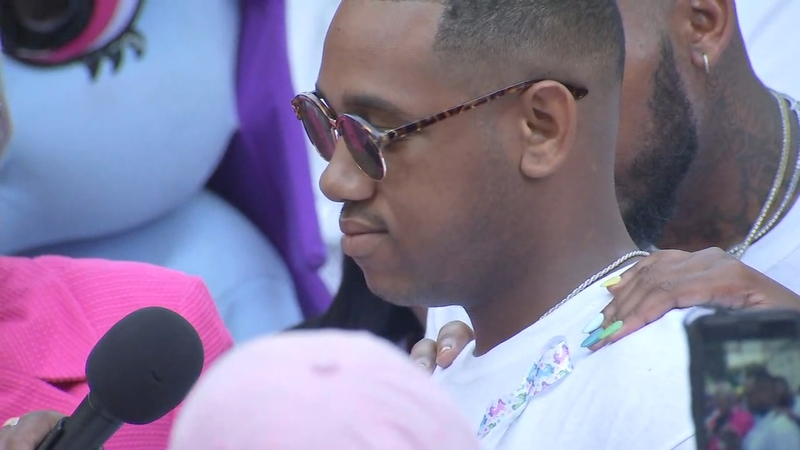 Maleah Davis' father speaks before march: 'It's so painful'

HOUSTON, Texas (KTRK) -- Surrounded by family and friends, Craig Davis, Maleah Davis' biological father, spoke to a sea of supporters for the first time since remains found in Arkansas were confirmed to belong to the 4-year-old.

"I appreciate you all so much," he said. "You all don't know what this means to us. It's amazing."

Hundreds of Houstonians and Maleah's family met outside of city hall Sunday morning for a 'Walk With Maleah.'

Davis, wearing a white shirt and sunglasses, appeared emotional, but remained calm as he thanked those in the crowd.

"I love you all as much as you all love my daughter," he said. "Even more than you all can imagine."

The city of Houston designated June 9 as Maleah Davis Day.

Mayor Sylvester Turner at march for Maleah: 'We're going to stand together in our city in Maleah's name'