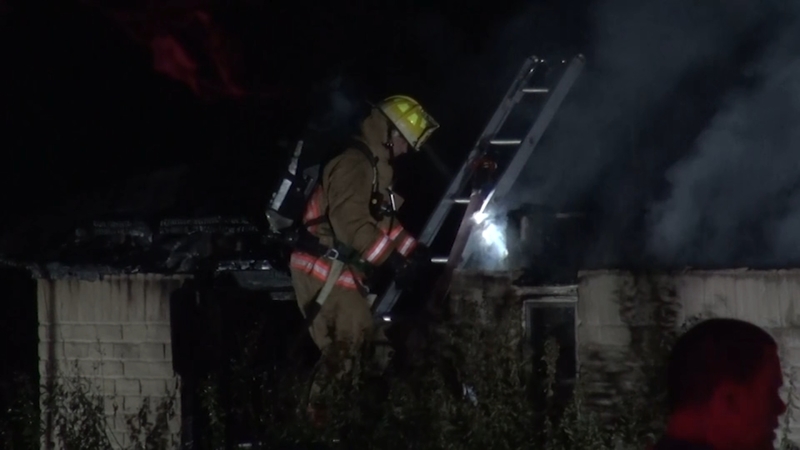 MAGNOLIA, Texas (KTRK) -- An elderly woman was found dead Sunday morning after a house was destroyed by fire.

911 callers told dispatchers the home was on fire and an elderly woman was believed to be inside the home.

By the time firefighters arrived, the roof of the home had already collapsed, authorities said.

It took crews from Magnolia, Rosehill, and Tri-County fire departments to douse the blaze.

First responders found the elderly woman's body inside what was left of the home about an hour after arriving, according to fire dept. officials.

There was no word on what may have caused the fire or the woman's identity.