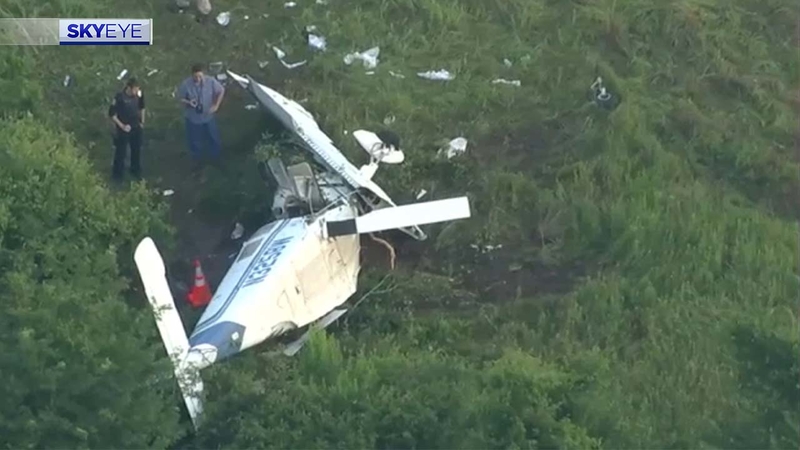 MADISONVILLE, Texas (KTRK) -- A pilot was killed in a plane crash and five others were injured Monday morning in Madisonville, Texas, about an hour and half north of Houston.

Officials with the Texas DPS Bryan/College Station office said that the crash happened at about 1 a.m. as the small plane attempted to land at the Madisonville Municipal Airport.

Helicopter reporter Tammy Rose was inside SkyEye over the crash site and noted that the small plane was about 300 yards from the airport's runway.

Investigators later told ABC13 they believe the plane may have been flying too low and clipped some trees. It doesn't appear there was a call for help before the crash happened.

All six people on board the plane were adults.

The Madisonville Municipal Airport is uncontrolled. At night, lights are supposed to turn on to help guide pilots to the runway.

It's unclear whether the lights were on or off at the time of the crash.

The National Transportation Safety Board is taking over the investigation. Investigators were due to arrive at the crash site Monday afternoon.

The aircraft, which authorities said was not local, ripped in half. It is registered to someone out of Missouri.

As of late Monday afternoon, authorities identified the pilot who died as 68-year-old Apolo Diaz of Kansas City.

The other people involved in the crash will be identified through the NTSB.

One person was killed and five others were injured in a plane crash near Madisonville airport. Hit play for a report from the crash site with helicopter reporter Tammy Rose.