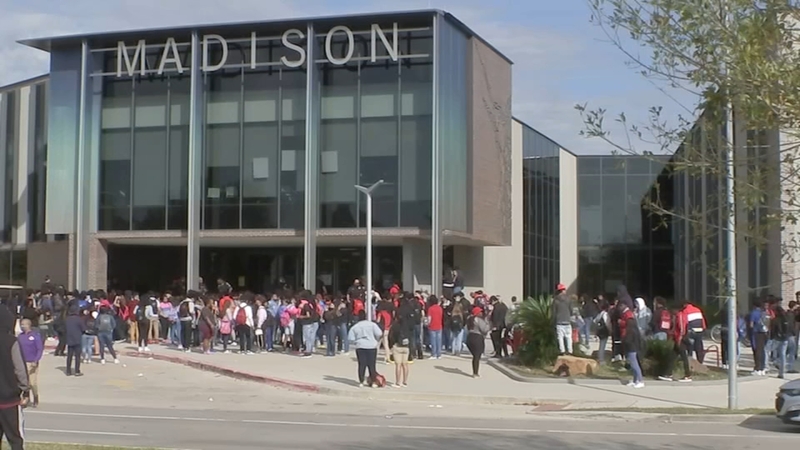 Back in November, around 200 students walked out of class after a viral audio recording.

In the fallout of a mass walkout of a Houston ISD campus, the district confirmed it was investigating a controversial video that reportedly prompted the student protest.

At Tuesday night's board meeting, trustees approved the resignation of Carlotta Brown, who served as the school's principal.

An interim principal started last month, according to the district.

November 2021 was not the first time students walked out at Madison High School.

Back in 2019, Eyewitness News reported on a demonstration involving about 200 students who protested in response to an alleged incident on campus.

About 200 students at Madison High School walked out of class Thursday morning in protest.