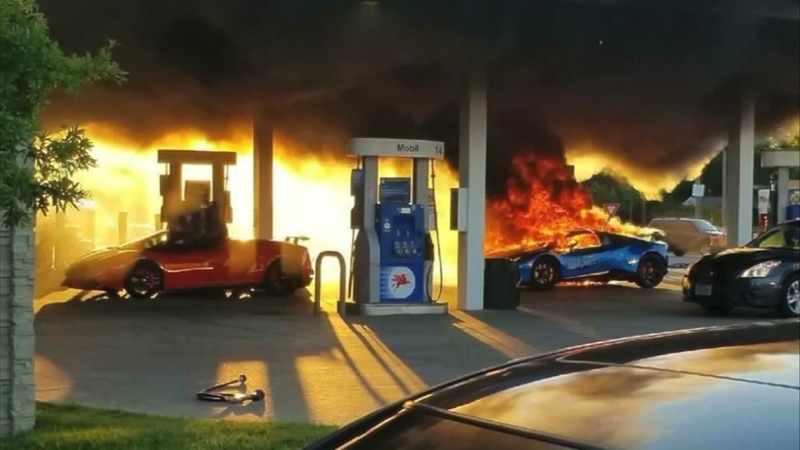 KIRKWOOD, Missouri (KTRK) -- A very pricey sports car in Missouri is now charred after it went up in flames.

The incident happened after the driver of another vehicle pulled away with the gas pump still in the car.

An auto enthusiast who used a cell phone to record the exotic sports car soon became a witness to the vehicle's demise.

The video shows a van, on the opposite side of the blue Lamborghini, pull off with the fuel pump still inside.

"I've seen people drive away from pumps and make mistakes, but never seen something to that extent with that much money being destroyed," witness Thomas George told KTVI.

Days after the incident, dozens of onlookers stopped by the gas pump to snap photos of the damage.

"I feel sorry for their insurance company by seeing that and for the person that owns it, too," witness Brent Oesterle said.

Onlookers say this is a clear indication that drivers should always pay attention before, during and after fueling.

"Definitely a lesson to people to make sure that they are not doing what this man did and not making the same mistakes," George said.