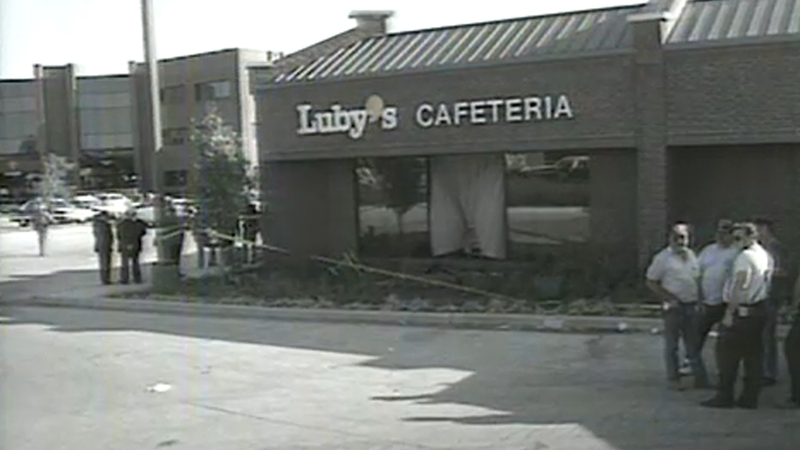 A look back at the Killeen Luby's massacre

KILLEEN, Texas (KTRK) -- Nearly three decades after George Pierre Hennard drove his pickup through the Luby's cafeteria, the pain remains for survivors and loved ones of the victims.

Twenty three people died and 27 others were wounded in the crowded restaurant before Hennard turned his gun on himself and committed suicide.

Among those killed were an Army lieutenant colonel, a veterinarian, and a number of retirees.

Kirby Lack played dead after he was wounded, he told ABC affiliate KXXV-TV in 2018.

"The second time he came around, he straddled me and he kicked me in the hip to see if I would move, which you know, I didn't," Lack said. "And that's when I said my last prayer. He bent over and put the barrel of his pistol against the back of my neck right there on my head and just as he pushed, I believe I remember that's when the police yelled, you know, drop your weapon. Police, you know, they yelled something and I guess that's what distracted him."

Lack told the station he lost seven friends that day.

"He came out and he just started shooting. Firing down the firing line, or the serving line and he kind of came around over our direction," Lack said. "People were running and they were trying to get out the doors which were locked. The back door was locked."

At the time, it was the deadliest mass shooting in U.S. history. Today, it's the sixth deadliest in the country and the second deadliest in Texas.