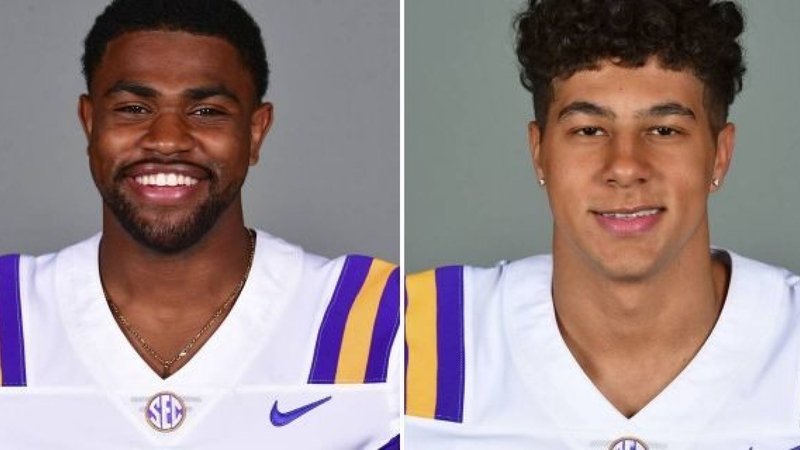 Two LSU football players were trying to sell an electronic item when one of them fatally shot an 18-year-old trying to rob them.

Running back Clyde Edwards-Helaire and linebacker Jared Small were allegedly arrested and released in relation to the death of Kobe Johnson. Johnson was not an LSU student and was pronounced dead at the scene Saturday.

LSU players called police, waited at the scene, were questioned and were released while the investigation continues.

"After Johnson displayed a weapon, one of the players pulled out a handgun and fired multiple times," police said. Authorities have not said whether the player was licensed to carry the firearm he used.

The only comment so far from LSU has come from athletic director Joe Alleva, who said in a statement that the university was "in constant contact with law enforcement regarding this terrible situation."

"Right now, our concern is for the safety and well-being of our student-athletes," the statement said. "They have been involved in a traumatic incident and we have made our counselors available to assist immediately."