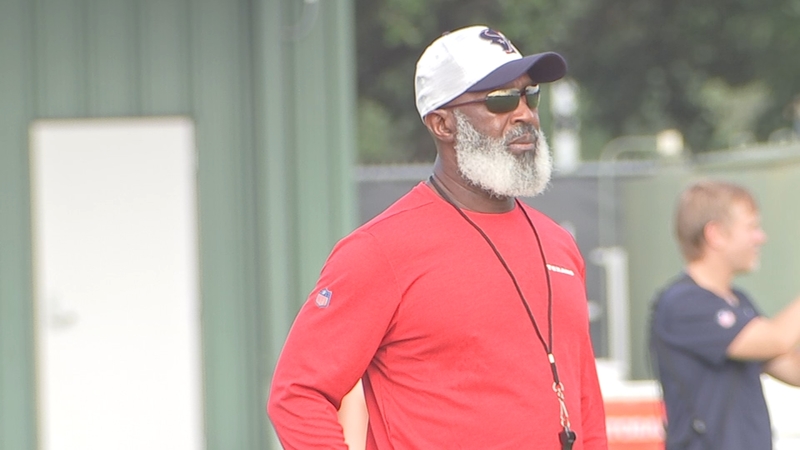 This makes him NFL's one of four minority head coaches.

RELATED: Who will the Texans hire as next head coach? Meet the men they've interviewed so far

"I am excited to introduce Lovie Smith as our next head coach," Texans General Manager Nick Caserio said in a release. "He is one of the most respected coaches in the NFL and an established leader. A proven winner, Lovie has shown the ability to develop players both on and off the field for years. We had numerous discussions with countless coaches, executives, and players, and what revealed itself is that Lovie has both the leadership and people skills it takes to lead us forward. We both understand how much work is in front of us, but we embrace the responsibility and look forward to continuing to build a program that can have sustained success."

Smith was previously an NFL head coach with the Chicago Bears (2004-12) and Tampa Bay Buccaneers (2014-15). He joined David Culley's Texans staff in March last year after being fired following a five-year stint as head coach at the University of Illinois.

Smith has an 89-87 record as an NFL head coach and was the 2005 Associated Press Coach of the Year.

McCown was under consideration despite never coaching above the high school level. He first retired in 2019 after 17 years as an NFL quarterback and took a job as a high school quarterbacks coach in Charlotte, North Carolina, where his sons played. He continued to coach after coming out of retirement later in 2019. The Texans also interviewed McCown last year for the position eventually filled by Culley.

The Texans fired Culley on Jan. 13 after just one year at the helm. Houston went 4-13 in Culley's single season.