Who will the Texans hire as next head coach? Meet the men they've interviewed so far 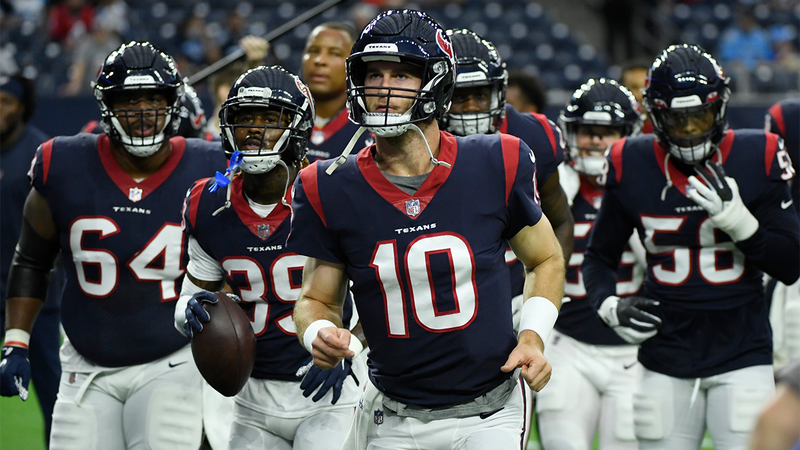 Who could replace David Culley after firing as Texans head coach?

HOUSTON, Texas (KTRK) -- With a season like the one the Houston Texans just endured, it's no wonder some folks think the entire franchise should be sold, but others argue the team is young and lacks the proper leadership and resources. Regardless, the organization needs a new head coach after the recent firing of David Culley.


Culley was let go after just one season with the team, in which Houston finished 4-13, losing 28-25 to the Tennessee Titans, the AFC's top playoff seed.

So who could be the Texans' next head coach? To a lot of people's surprise, the organization has been very open about who they have been interviewing for the position, in what they call the Texans Head Coach Tracker.

Texans are targeting former Dolphins coach Brian Flores as their top candidate at this time, according to multiple league sources. He has a strong relationship with Nick Caserio.

So let's just dive right in. First up is Brian Flores.

Flores, former Miami Dolphins head coach, took an interview with the Texans on Jan. 14. He was fired this month after leading the Dolphins to a 9-8 record. Citing sources, the NFL's Aaron Wilson said Flores is Houston's top candidate, adding that he has a strong relationship with Texans general manager Nick Caserio.

We completed an interview with Brian Flores for our head coaching position today.

Flores has an experience advantage because he already has been a head coach who has had some degree of success. He had a 24-25 record in three years with the Dolphins, which included finishing 9-8 this past season after starting 1-7.

He started his professional career in 2004 as a scout with the New England Patriots, but he has coached offense, defense and special teams, according to information provided by the Dolphins. Flores joined the Dolphins in 2019 after spending 15 seasons with the Patriots.

Even before that though, Flores has a special relationship with football, stemming back when he was a two-year starter at linebacker for Boston College.

After Culley was fired, that left one Black head coach in the NFL: Pittsburgh's Mike Tomlin. If Flores is offered the position and takes it, he will join Tomlin on that short list.

Now, we still don't know what the future holds with quarterback Deshaun Watson but Wilson has also said Flores is a coach Watson wanted to play for in Miami.

And if he doesn't get an offer from Houston, something tells us Flores will be OK.

Citing multiple sources, ESPN reported the New York Giants are high on Flores. They like the way he carries himself with confidence and believe the Brooklyn native can handle the rigors of coaching in New York, ESPN said.

In addition to that, on Jan. 14, the Chicago Bears tweeted they interviewed Flores for a possible head coach position.

SEE RELATED: Who could be Houston Texans' next head coach after David Culley firing?

Next up is Joe Lombardi, who interviewed with the Texans on Jan. 15.

We completed interviews with Hines Ward and Joe Lombardi for our head coaching position today.

According to information provided on the Texans Head Coach Tracker, Lombardi is a 16-year NFL coaching veteran who just finished his first season as offensive coordinator with the Los Angeles Chargers. He previously served as the quarterbacks' coach of the New Orleans Saints for the last five seasons.

Lombardi coached quarterbacks, including Drew Brees, for 10 seasons with the Saints. And if Lombardi needed proof of his coaching ability, Brees is a living example of that. Under Lombardi, Brees completed 69.9% of his passes for 44,278 yards and 338 touchdowns with 116 interceptions, according to information provided by the Chargers.

After his stints with the Saints, Lombardi joined the Detroit Lions in 2014 as their offensive coordinator.

His resume is impeccable to say the least.

He also worked as a defensive assistant for the Atlanta Falcons and coached at Mercyhurst College.

From 1994-1997, Ward played quarterback, running back and wide receiver for Georgia University, according to information provided by FAU.

He's a four-time Pro Bowler who left his mark on the Pittsburg Steelers. Fast forward through his NFL career, he took a wide receivers coaching gig with the New York Jets in 202- after being promoted from offensive assistant.

We completed an interview with Jonathan Gannon for our head coaching position today.

The 39-year-old is also on the list to interview for the Minnesota Vikings and Denver Broncos, according to the NFL's Wilson.

Here's a little bit about him.

According to information on the Texans' website, Gannon joined the Eagles prior to the 2021 season after serving as the defensive backs/cornerbacks coach for the Indianapolis Colts from 2018-2020.

The Ohio native has also served as the Vikings' assistant defensive backs under head coach Mike Zimmer, so keeping his interview with them in mind, he does have some history with the Wikings.

The latest we have from the Texans is that they interviewed one of their former quarterbacks - Josh McCown.

We completed an interview with Josh McCown for our head coaching position today.

McCown completed 17 years with the NFL before his final season with the Texans in 2020.

He has played for a total of nine NFL teams including the Arizona Cardinals, the Lions, the Oakland Raiders, the Carolina Panthers, the Bears, the Tampa Bay Buccaneers, the Cleveland Browns, the New York Jets, and the Philadelphia Eagles.

Now, as for ESPN's "Pardon the Interruption," Mike Wilbon, who went on his segment to call the Texans' franchise "a joke," Houston fans can only hope the organization can turn things around in the next few years and prove people wrong.