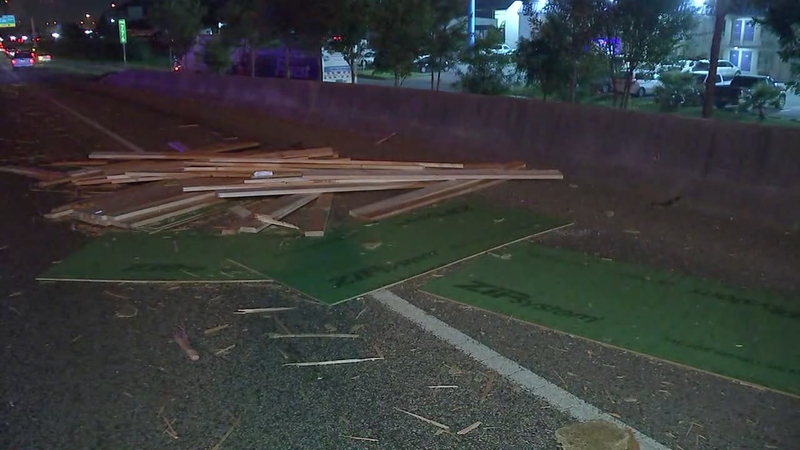 HOUSTON, Texas (KTRK) -- A lost load of lumber from an 18-wheeler is scattered across the East Freeway westbound at Mercury Drive, which is expected to cause major delays for drivers.

Only two lanes of traffic are getting by right now. Houston police say two lanes will stay closed while crews work to clean up the mess.

2 westbound lanes of the East Freeway are closed this AM. 2x6’s and plywood scattered across the interstate. @TxDOTHouston clean-up crew en route. Detours on @abc13houston pic.twitter.com/GgbkWhfqrF

Houston drivers have had to dodge quite a bit on the roads lately.

Road debris on the North Freeway earlier this week blew out tires on nearly 20 vehicles, requiring some of them to be towed.

And for the second time in less than a month, drivers had to swerve to avoid giant spools rolling down I-10.

DOUBLE TROUBLE: Two big spools are causing a lot of problems on the East Freeway.