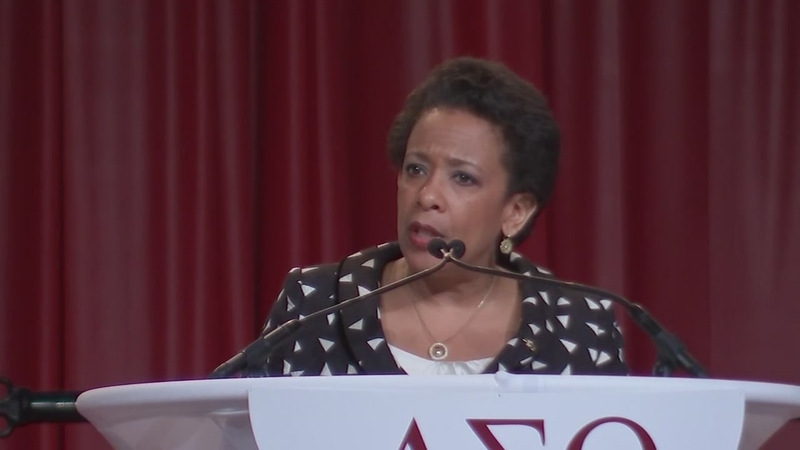 HOUSTON (KTRK) -- U.S. Attorney General Loretta Lynch is speaking out on the controversy surrounding the death of Sandra Bland.

"I do think that what has been an important part of the debate in Ms. Bland's death has been the discussions that we have seen from community members and police leaders alike about the importance of training and deescalating incidents," Lynch said.

Illinois Congressman Bill Foster sent a letter to Lynch asking for a federal investigation into the death of Sandra Bland. Bland's family members and friends join in that request.

Lynch has not commented publicly on whether not she would support an investigation by the U.S. Department of Justice.

Lynch will be in Houston Monday afternoon for a Delta Sigma Theta, Inc. sorority convention. Eyewitness News will ask Lynch how she plans to respond to those investigation requests.