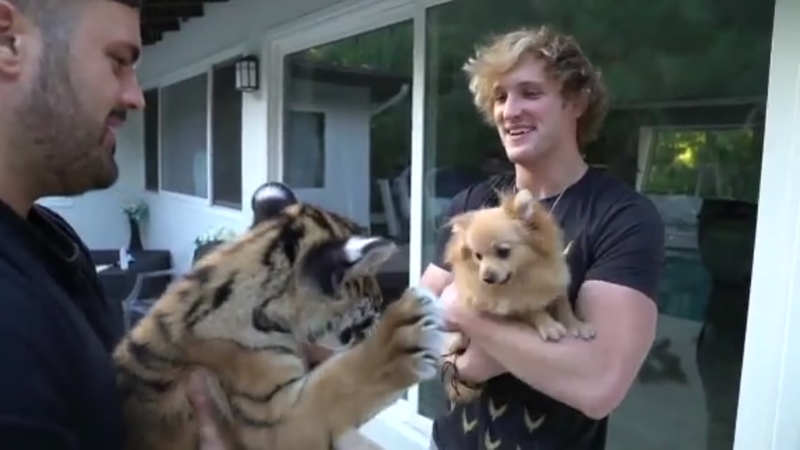 man facing charges connected to possession of a tiger cub that appeared in a video by YouTube star Logan Paul.

LOS ANGELES, California -- A California man is facing criminal charges because of a tiger cub that appeared in the video of popular social media star Logan Paul.

Last year, Paul posted a video that included footage of the cub.

That's when the investigation started.

The over-the-top controversial social media personality visited the home of a man who had the wild animal and posted a video.

Someone alerted the California Department of Fish and Wildlife and the case eventually landed on the desk of Los Angeles City Attorney Mike Feuer.

"There's a very strong message I want to send to your viewers. You know exotic animals like a tiger, this is not a pet. This does not belong in your backyard. We need to be protecting, these animals are precious creatures. They're not just to be handled this way," said Feuer.

Now Nicholas Perkins, 32, is charged with several criminal counts, including illegal possession of a tiger and mistreatment of a tiger.

It's unclear if he is one of the men in the YouTube clip.