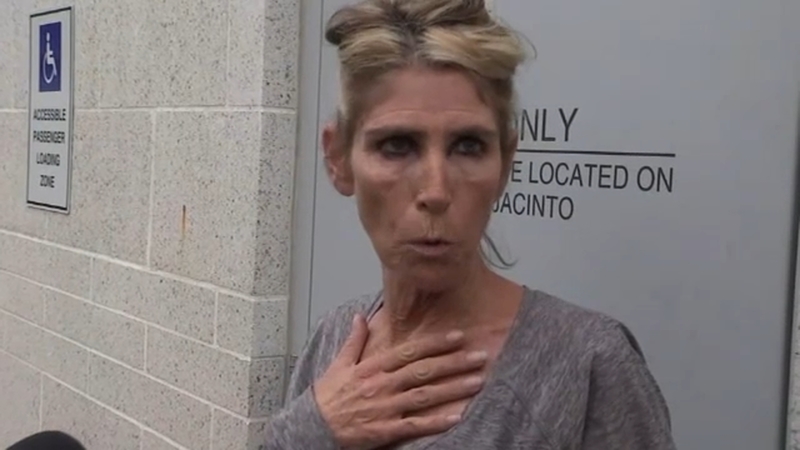 Constable Mark Herman told ABC13 that the following medications were found in Linda Godejohn's blood on the day of her arrest:

"Whether they're prescribed or not prescribed, we don't know. That's something that as the investigation goes on, we'll look into," Herman said.

SCHOOL BUS DRIVER ARRESTED FOR DRIVING WHILE INTOXICATED WITH KIDS ON HER BUS. TOXICOLOGY REPORT IS IN !

Positive results for several controlled substances were found in her blood on the day of her arrest. pic.twitter.com/LlXSLJwpq1

Godejohn, 55, was arrested and charged with driving while intoxicated with a child under 15 back in May when authorities say she failed a field sobriety test "miserably" after callers into 911 reported the school bus driver for driving erratically.

She was driving a bus with students on board from YES Prep Public School when she was stopped by deputies at the intersection of Aldine Westfield at Hirschfield Road.

ABC13 was there as she bonded out of jail and asked her about the allegations. She also denied that she had been drinking that day and said that a doughnut made her sick.

"They keep saying that I have been drinking. I don't drink. I haven't had a drink in years," Godejohn said at the time.

"It's hard. I couldn't even do it right now," Godejohn responded.

Godejohn also said that she wasn't on any medication. When pressed about the matter, Godejohn said she'd had a doughnut that made her sick, triggering the erratic driving.

Godejohn was a bus driver for First Student Bus Company, which is a vendor to YES Prep. The company sent the following statement at the time of the incident:

The driver was immediately removed from service pending the outcome of the investigation. Safety of the students we transport is paramount. First Student is partnering with the local authorities. Since this is an active investigation, we are unable to comment further.

Godejohn is out on bond. Her next court date is set for August 6.