Lifespans in U.S.A. States Ranked From Longest to Shortest

KTRK
Does living in a certain state have a direct effect on your lifespan? According to data from Measure of America's 2013-2014 Human Development study, citizens of different states have very differing average life expectancies, ranging from 75 to over 81 years. 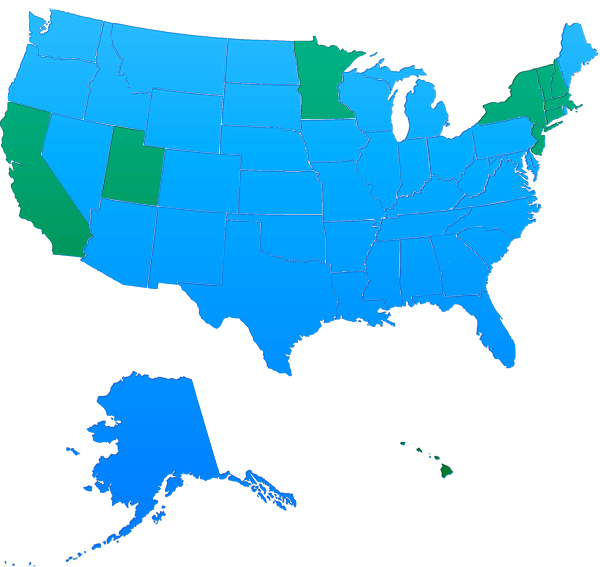 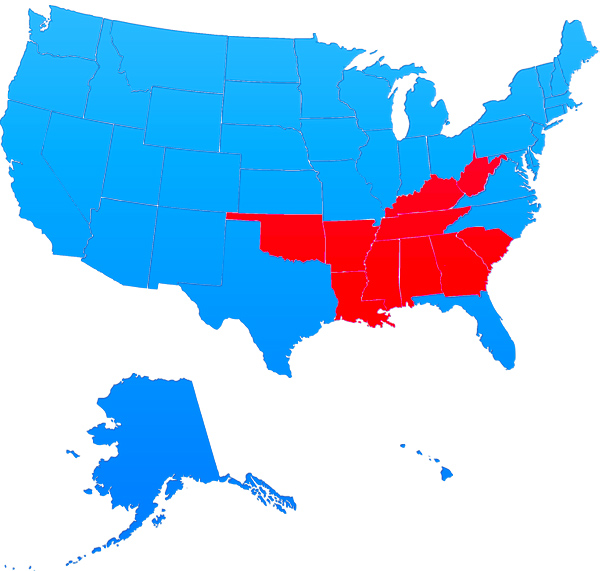 As you can tell, the geographical locations of the "longest-living" and "shortest-living states" seem to form a pattern. The longest-living states are scattered across the country (but mostly residing within the New England area), with the shortest-living states bunched up together in the Southeast. While there are many ways to speculate the reason for a shorter or longer lifespan in any given area, that data does correlate relatively well with the average household income, by state.

Here's a map of the top and bottom-scoring states, denoting each state's average life expectancy in years. 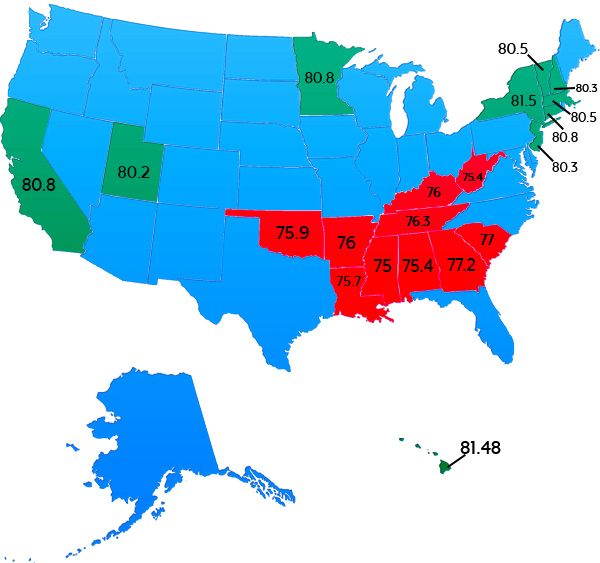 What do you think of these results? Let us know in the comments below.