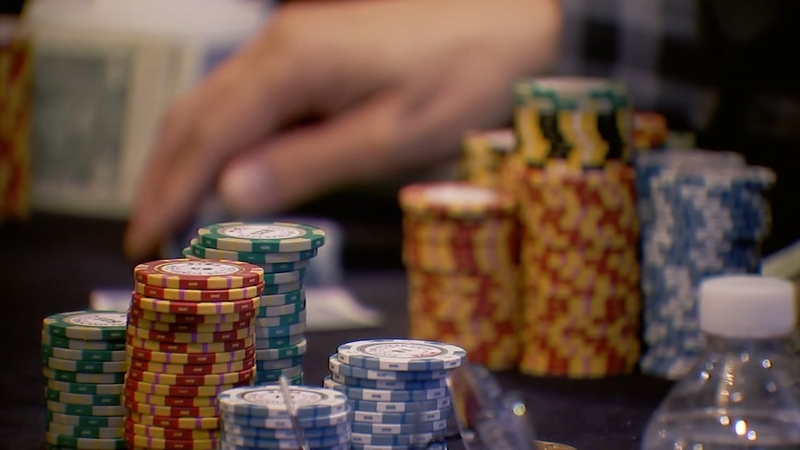 Legal gambling? How poker rooms find a path to legality

HOUSTON, Texas (KTRK) -- It sure looks and feels like a casino. The cards are real, the chips are worth real money, the winnings are real and so are the losses.

These poker games happen every night in Houston in at least nine poker rooms. The Post Oak Poker Club is in the heart of the city where they welcome players out in the open, 12 hours a day, seven days a week.

What are they hiding? "Nothing," said owner Daniel Kebort.

Kebort and his business partner Bill Heuer are well aware that in Texas "keeping a gambling place" is illegal.

"We just believe that what we are doing is the right thing. We're doing everything on the up and up," Heuer said.

But the Harris County District Attorney, Kim Ogg, wasn't exactly ready to give the room her endorsement.

"Ted, when we are conducting an operation, we don't tell the media about it," Ogg said.

As she announced nearly two dozen arrests connected to a Chinatown gambling sting recently, Ogg weighed in on the poker rooms.

"I think those guys and gals understand they are riding the razor's edge, and if there are illegal operations happening, then they could be under investigation. I think that is what I am at liberty to say right now," Ogg said.

Kebort supplied to us the chapter and verse of city, state and federal laws and regulations regarding gambling. And while he admits it's not an easy path to a legal hand for a Texas poker room, he does think he's found a narrow window that allows places like his to operate out in the open.

"We're just facilitating the play between the players," Kebort said.

But they're not doing it for free. By their own admission, this one poker room brings in nearly $350,000 a month in revenue.

They don't take anything from the pot. They charge admission, an hourly fee and sell food, which they claim sets them aside from Texas "gambling places."

They are waiting for the Texas attorney general to place his bet. Ken Paxton and his team are currently trying to figure out where poker rooms fit in Texas law.

The lawyer and lobbyist for Landry's owner Tilman Fertitta, who also owns the Golden Nugget casinos, has already made up his mind.

In a legal brief to Attorney General Paxton, that lawyer tells the AG plainly, "poker rooms violate Texas law and are illegal."

It is one of several briefs filed as the poker rooms continue to open across our state.