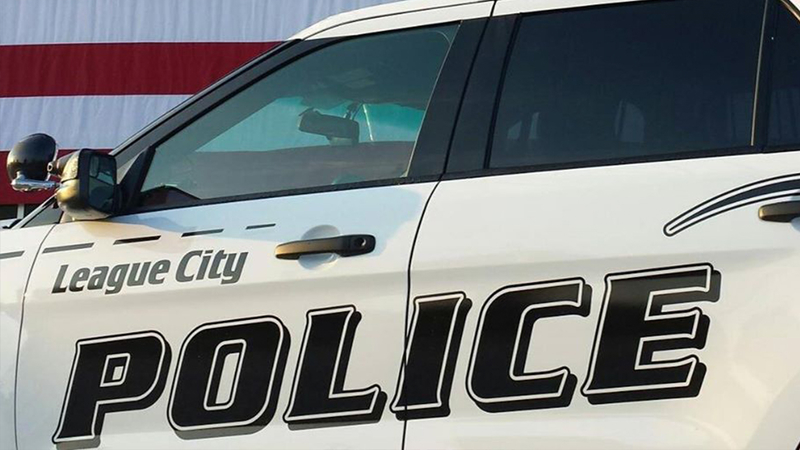 LEAGUE CITY, Texas (KTRK) -- A man armed with what authorities are calling a "military-style" knife was shot to death in a confrontation with a League City police officer.

The shooting happened shortly before 3 a.m. in the parking lot of the Scottish Inn motel on Hobbs Road near FM 518.

Galveston County Sheriff Henry Trochesset said that a League City police officer was responding to a call of a suspicious vehicle. The driver of a white pickup was pulled over because the truck had only paper tags, which turned out to be fake.

During the traffic stop, it also came to light that a woman who was in the vehicle was wanted on an outstanding drug warrant.

As the officer was attempting to take the woman into custody, the man who had been driving the truck got into a confrontation with the officer and pulled out the knife, the sheriff said.

That's when the man was shot. He was taken to an area hospital where he died.

The officer was not injured during the confrontation, according to Sheriff Trochesset.

The man's identity has not been released.