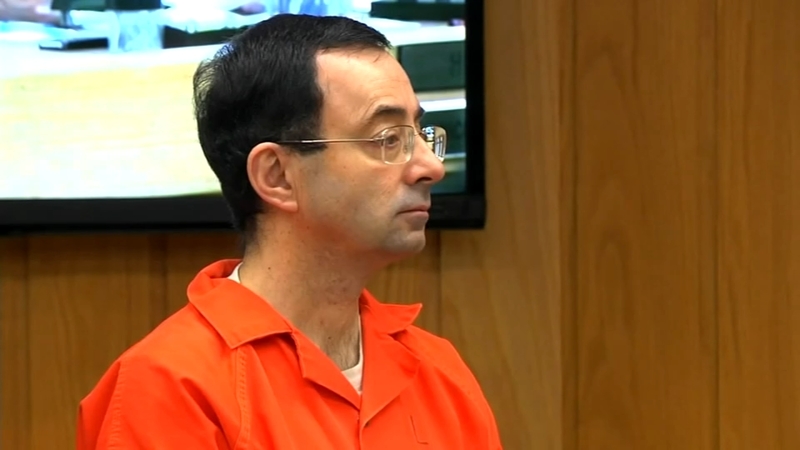 "The criminal division is currently reviewing this matter, including new information that has come to light," Monaco told the committee.

Six years after the FBI in Indianapolis took the first, very graphic and detailed complaint from a top US gymnast and did nothing about it, those FBI agents could potentially face discipline or criminal charges as a result of this new review. The review announcement comes three weeks after American gymnasts told Sen. Dick Durbin's Judiciary Committee one horror story after another about long time Olympic team doctor Larry Nassar who sexually assaulted hundreds of young athletes during decades of abuse.

"I might ask you this. Is there any sense of urgency or timetable to this new criminal review about the wrongdoing by the FBI agents?" Senator Durbin asked.

"We take exceptionally seriously our duty to protect victims. And yes, I think you can be assured there is a sense of urgency and gravity with the work that needs to be done," Monaco replied.

The current urgency comes weeks after that initial hearing-when no one from the justice department showed up, and months after an inspector general's report alleged FBI carelessness and misconduct., all of which today drew bi-partisan criticism.

One FBI agent has already been fired and the head of the Indianapolis FBI office is now retired. He was singled out by the inspector general as having lied during an official review of how the case and has not responded to the allegation. Nasser was eventually charged and convicted and is now serving a 175 year sentence for sexually abusing mostly teenage athletes-though one says she was just six years old when it first happened.
Report a correction or typo
Related topics:
indianawashington d.c.larry nassargymnasticsfbii teamu.s. & worldsex abusecongressdick durbin
Copyright © 2021 WLS-TV. All Rights Reserved.
I-TEAM
'El Chapo' Guzman's wife sentenced to US prison
Zelle scams rising: How to avoid losing thousands of dollars
Chicago's Legacy Walk highlights those who fought for LGBTQ+ equality
NC-based airline agent remembers mid-air call about 9/11 hijacking
TOP STORIES
Pilot maneuvers small plane on to US 59 during emergency landing
Intruders tie up English Bulldog's owner and take dog, police say
Attorney: 'Rust' assistant director says Baldwin did not pull trigger
Battleship Texas will open to the public 1 last time this weekend
Katy ISD student caught with gun at school, principal says
Biden launching winter COVID booster, testing campaign
Woman accused of pulling gun over H-E-B parking spot, police say
Show More
Rain chance returns Friday, record highs possible Saturday
Police investigating man injured in shooting near downtown
Texas bans medical abortions after 7 weeks of pregnancy
US will resume policy for asylum-seekers to wait in Mexico
Employers in Katy 'in desperate need of people'
More TOP STORIES News