ORANGEBURG, SC (KTRK) -- Talk about a big catch! A couple caught a gator which weighed more than 800-pounds during an alligator hunt in South Carolina.

Jonathan Smith and his fiancée, Melissa Davis, own a houseboat on Lake Marion. They normally take people on alligator hunts near Bell's Marina as guides, but this year they decided to participate in the hunt themselves and hit the gator jackpot.

The couple had been in their boat for about two hours when they finally spotted a giant gator.

"We saw the alligator and he went down," said Smith. "Melissa caught it when she threw a hook with an anchor rope attached to it. Once she snagged the gator, I grabbed the rope and waited for him to tire out."

Smith said he wrestled with the creature for about an hour and half and it hit their boat several times. However, once the gator was tired and resurfaced, Davis was able to shoot the animal with a bow and arrow.

The alligator was 12 feet 10 inches long and weighed 809 pounds. It's one of the largest caught in South Carolina in recent years. 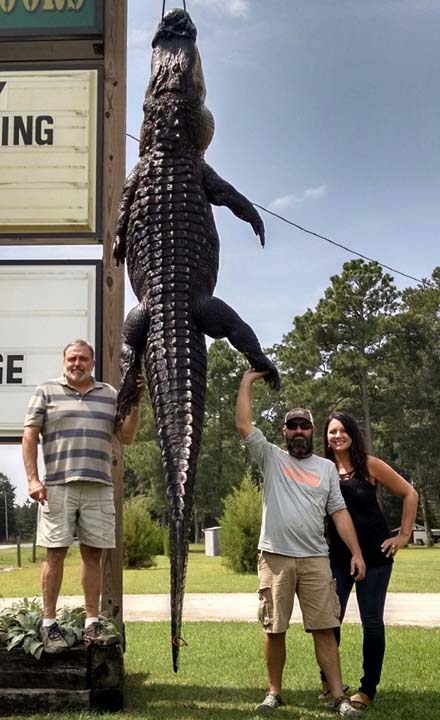 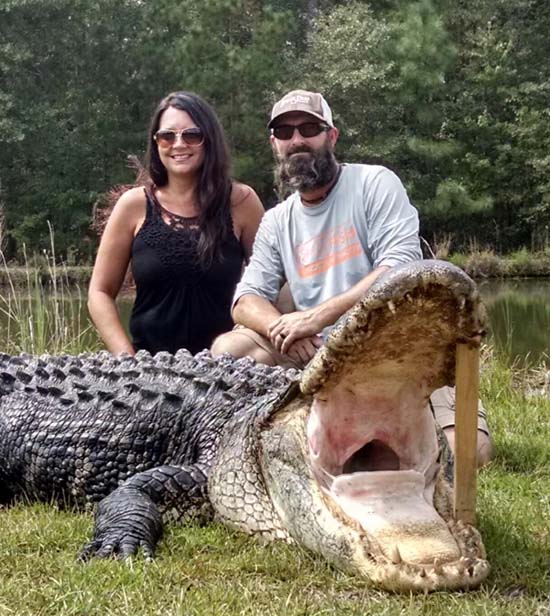 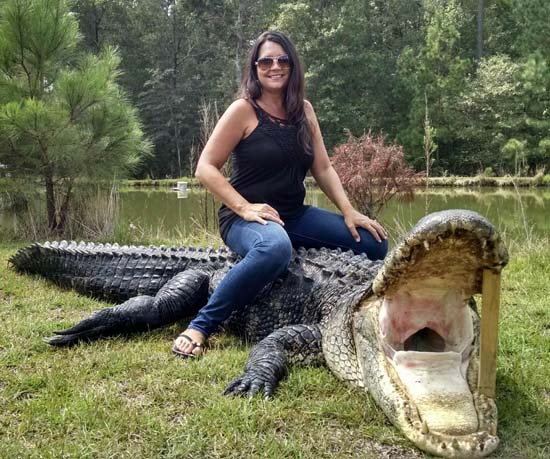 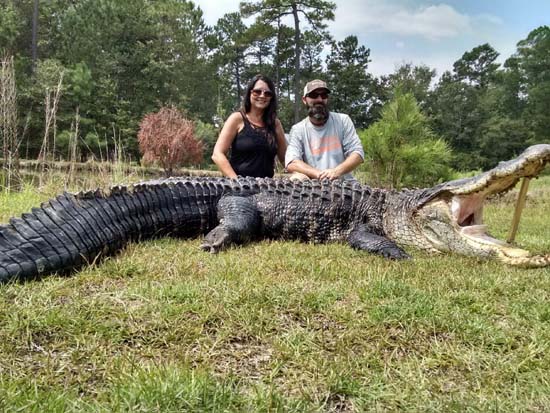 So what did the couple do with all that alligator meat? Smith told Eyewitness News he donated it to charity.

Smith said this is one of heaviest gators he ever caught, but not the longest.