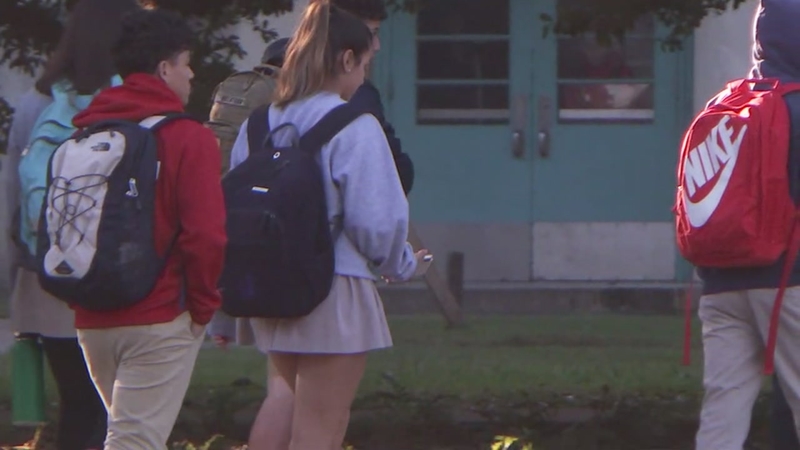 About a dozen parents met with the principal for 45 minutes Thursday morning. They tell Eyewitness News they're hopeful changes are on the way.

"I know you can't secure a school 100 percent. You cannot prevent crime. But you can take basic and minimal steps and that's all that we're asking for here," said Caroline Jones, a parent of a sophomore.

"It's very hard to send them to a school where you feel like there's not enough security for the size of the school," said Robin Terrell, parent of a sophomore.

Jones says the principal promised an officer will now man the front door at all times when school is in session. This will last until the end of the year. She said the principal told parents the district cannot pay to add an extra security guard at the front door indefinitely.

ABC 13 reached out to HISD. We're waiting to hear back.

Jones also said the principal promised all other doors to the building will be locked during the school day.

Mack was gunned down near campus on Bammel Lane Tuesday afternoon. He was with a 15-year-old girl at the time. She was grazed by a bullet.

The shooter is still on the run. Police believe Mack was targeted after recent back-and-forth shootings between rival gangs.

After the shooting, school officials told us they beefed up security.

Police seized a Subaru they thought was connected to the shooting, however they now say that it's not.

Authoities are looking for a dark, four-door vehicle, possibly a Nissan Sentra or Versa, with plastic bags over the back passenger window.

Police are still asking for your tips to help solve the crime.