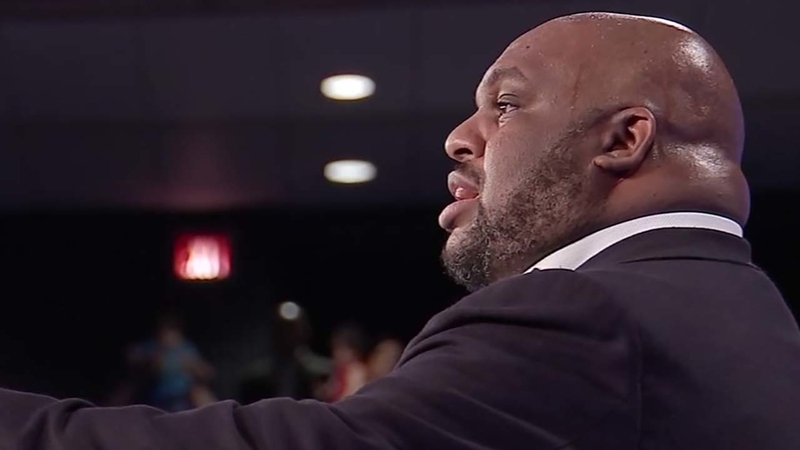 He's known for mixing real-talk and comedy with scripture. Now, it's that one of a kind worship experience that's bringing a different kind of crowd to the Houston mega-church.

"I love his energy. I think he's awesome to listen to. He really speaks to me," Alyx Ballou said before a recent Wednesday night service.

"He's so on a personal connecting heart to heart level. You love him and you can't help but get a good word from him," added Lindsay Thomas.

"I serve on Saturdays. I would come on Wednesdays, so I could get fed," said Clara Adams. "I was here on a Wednesday and he was here and I was like 'I like this guy!'"

Pastor John Gray says serving in leadership at one of the biggest churches in the country was never his plan.

"I envy people who have a life plan...like 'I'm gonna do this and at 35 I'm gonna be here,'" he said. "I think there's some validity to that and I celebrate that. For me, when I gave my life to the Lord and I submitted my heart to ministry, I said God wherever you take me I'll follow."

Gray told ABC13 that God's plan was to open the door at Lakewood. He and his wife, Aventer, walked right through with a determination that he would stay the light-hearted, joke-cracking preacher he was before.

"This is who I've been. It's just that God chose to put me on that platform. But the platform doesn't make you, it just exposes you. So, whoever you are will come out wherever you are," he said.

He preaches every Wednesday night and some weekends.

"The energy is different, and there's a much younger crowd," Clara Adams said. "They're his age, and at first I felt a little strange with them, then I was like I don't care."

Gray just released his first book. You can catch him on Christian television. He and his wife allowed cameras into their lives for their new reality TV show on the Oprah Winfrey Network.

He said his growing exposure means more opportunities to show a flawed man who God works on daily.

"People are more discerning than they let on. They can spot a phony a mile away. And I think that's the reason they come out: because they know I'm real. I may not always be perfect, and I'm not. I've never been that, but I'm always gonna be real," he said.

As more people learn about John Gray, he said his role at the church hasn't changed: serving God through Pastor Joel Osteen.

"Since he's the leader, my job is to extend his heart and filter that through my ability to communicate. So even though my approach, my methodology, and my expression are different, my heart is not," Gray said.

This mega-church preacher, husband, father, comedian, and rising TV star says all that is cool, but there is only one approval that matters. It's an approval that no man can give.