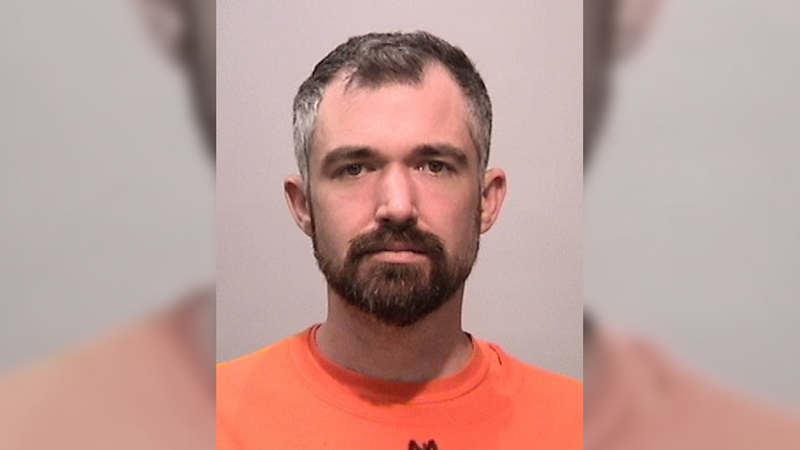 SAN FRANCISCO, California -- A mother and her 2-year-old toddler are safe after a stranger tried to grab the child on the streets of San Francisco. Luckily, a quick-thinking good Samaritan prevented the suspect from getting away.

Adam Walker says it happened so fast. On Friday, he and his wife Sabrina were walking with their son Leo when they passed a mother walking with her young son.

"Shortly after we walked by her, she was screaming, 'Police!' Someone had taken her child," said Adam.

"He put the child down, smiled at everybody-- then started sprinting away," said Sabrina.

"Without thinking I took off running after him," Adam added.

Adam chased the suspect for several blocks and cornered the man. Neighbors called 911.

Holyoake, from East Victoria Park, Australia was arrested by SFPD on suspicion of kidnapping.

Sabrina is pretty proud of her brave husband.

"So proud, glad the child and mom are OK and nobody was hurt," said Sabrina.

As a parent, Adam said he didn't think twice about chasing down the suspect.

"In that situation, you don't think too much about it, act with your heart, not with your head."
Report a correction or typo
Related topics:
californiaattempted abductionkidnappingkidnapgood samaritanu.s. & worldgood news
Copyright © 2022 KGO-TV. All Rights Reserved.
TOP STORIES
We have a cold and damp night ahead
Winter blast felt across Texas
Major crash blocks southbound lanes of I-45 in The Woodlands
TxDOT crews prepared as temperatures continue to drop
Man killed during attempted robbery of woman he met online, HPD says
Feud over woman led to fight and deadly shootout, family says
Vanessa Guillen legislation celebrated in Houston
Show More
Here's how you can break into Houston's aerospace industry
Reporter hit by car on live television, but continued reporting
3 teens found dead in Crosby home identified
Woman stopped at intersection robbed when man punches window
Family wants teen's bond revoked in alleged love triangle murder
More TOP STORIES News