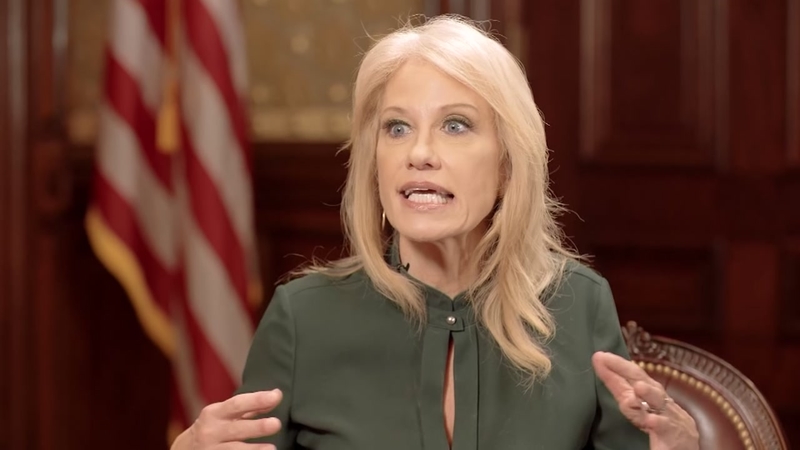 WASHINGTON, D.C. -- President Trump's counselor is breaking her silence after she says she was assaulted by an 'unhinged' woman at a Maryland restaurant last year.

For the first time, Kellyanne Conway is sharing details of what she called an aggressive attack in October while eating with her middle school-aged daughter.

Mary Elizabeth Inabinett, 63, was charged in November with second-degree assault and disorderly conduct, but her attorney denies she assaulted Conway.

"She was right there next to me and her friends were too," Conway told CNN. "Somebody was grabbing me from behind, grabbing my arms, and was shaking me to the point where I felt maybe somebody was hugging me, one of the other parents coming to pick up his or her daughter. Then as I turned around I just felt weird. It felt like that was a little aggressive. I turned around, and a woman had grabbed my hand."

Conway said she told Inabinett to "get your hands off me," and that the woman initally refused to leave the restaurant, but left before police showed up.

She characterized Inabinett's behavior as "out of control" and struggled to find the words to describe the incident.