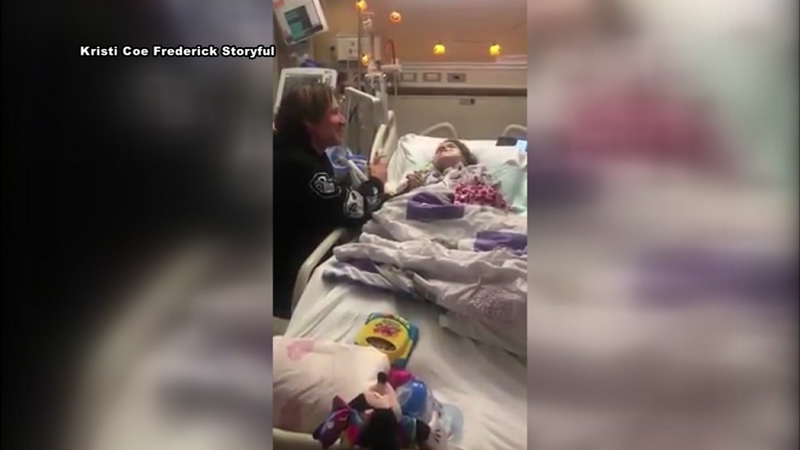 Despite having tickets to Keith Urban's sold-out concert in Toledo Thursday, Marissa English was admitted to hospice care just before the show.

English is battling a number of conditions, including an inoperable cyst on her brain.

Her nurses caught Urban's attention through social media, and he made a surprise visit right before taking the stage.

"He sat with her and held her hand and talked to her and sang with her," said Marissa's mother Marlise Matthews. "It was priceless. I mean, a dream come true."

The unexpected moment from the man English has dubbed 'Mr. Hottie' gave her 'overwhelming joy,' according to her mother.

"The overall calming effect it had on her, too," Matthews said. "She's been having a lot of difficult days, but she relaxed. Her heart rate actually came down which surprises me because I thought it would go up, but she was just enjoying the moment."

Following the visit, Urban dedicated his concert to English, and acknowledged the dedicated nurses who reached out to him on social media to make the visit happen.