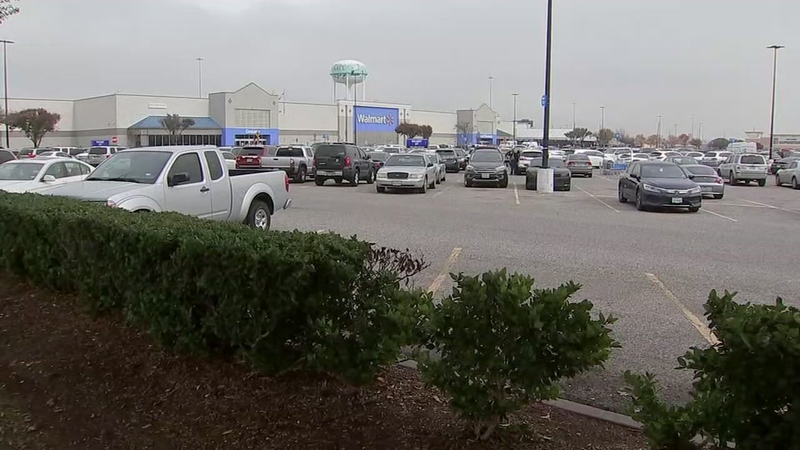 KATY, Texas (KTRK) -- The Katy Police Department and the Fort Bend County Constable's Office are working to secure shopping areas after a spree of aggravated robberies.

In one case, a man walking through the Katy Mills Mall parking lot was held up at gunpoint.

The city of Katy is very confident the suspects will be caught.

The mayor says a similar crime spree happened last year and the crooks were found.

Mayor Chuck Brawner says they almost always end up being from outside the community and target Katy for the vast amount of unsuspecting holiday shoppers.

The laundromat on Katyland Drive is open and back to normal operations just days after the owner was robbed at gunpoint while trying to lock up for the night.

"It's really sad that somebody would take advantage of these people and threaten them so much, they feel so violated," said resident Brad Hubbard.

Brad and Donna Hubbard have been customers for 30 years. They stopped in Tuesday simply to give the owner a hug and show support.

"We felt for her. She's a gentle spirit and what happened to her is really unacceptable," Donna said.

Katy police say four men and a woman targeted the shop Saturday night, stealing the woman's personal items. They went to Katy Mills Mall where they held up a man walking to his car, and then down the street to the Walmart, where they found a couple.

The husband and wife did not want to speak on camera but told ABC13 by phone they are still in fear. The thieves got away with their wallets and identification.

"This is the time of year when crooks try to take advantage of a situation," Brawner said.

Brawner says the shopping areas located next to I-10 makes it a prime target for criminals looking for a quick getaway.

He says the mall always increases security during the holidays and includes off-duty police officers.

Katy police are using surveillance video to identify the group and described them only as four black men and a black woman.

"We have very good law enforcement in Katy so don't mess with us out here, because if you come out here, we will find you and we're not going to put up with it," said Donna.