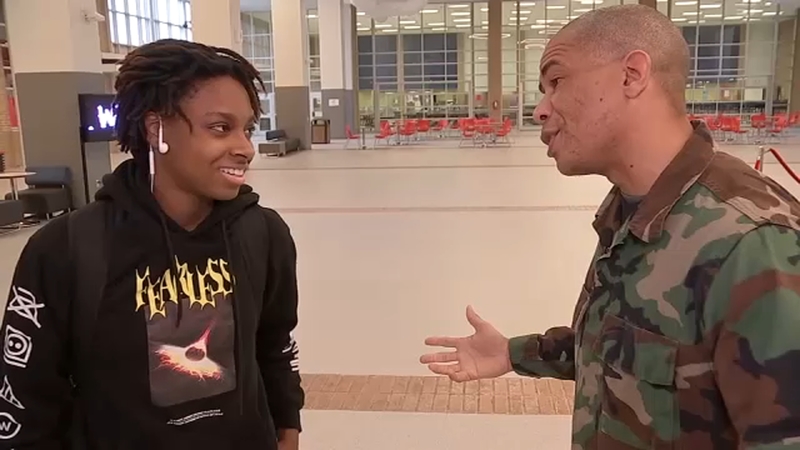 "Good is not enough when great is an option, so we have to push people to understand that having a good day is not enough," Bush explained. "You want to have a great day."

He runs his school with military-style discipline.

He and other administrators even wear camouflage to school every day.

"Those people are in the work. The people who sit around, talk about it, complain about it, want to do a whole lot of meeting and talking - they're in the way," Bush said. "That's why I have the saying here: 'If you're not in the work, you're in the way.'"

After 18 years at HISD, Bush was named Kashmere High's principal two years ago.

He became the leader of a school that had been on the state's list of failing schools for nine years in a row.

The historically black school, where nearly every student qualifies for federal assistance, was at risk of being shut down.

But, you know Bush's motto.

"You can sit around and complain," he said. "You can talk about what others are not doing, you're in the way."

Bush said the turnaround is all about discipline, making sure students are prepared for standardized tests and working with nearby elementary and middle schools to get literacy up before students even arrive.