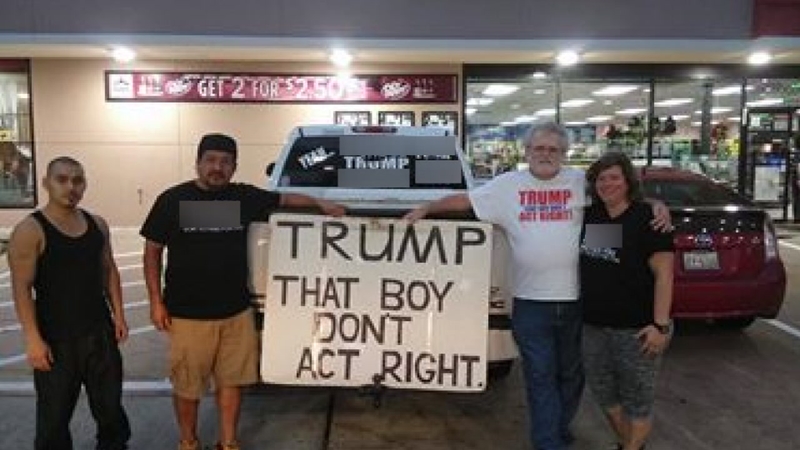 The Fort Bend County woman who made headlines for her F Trump truck sticker appeared to have made a new friend.

HOUSTON, Texas (KTRK) -- The Fort Bend County woman who made headlines for her F Trump truck sticker appeared to have made a new friend.

If you remember, Karen Fonseca went viral with her "F Trump and F you for voting for him" truck sticker after Fort Bend County Sheriff Troy Nehls posted about it on social media and later held a news conference expressing his concern.

She eventually added another part to her truck's Trump sticker directed at the sheriff that said "F Troy Nehls and F you for voting for him."

Well, Fonseca made a new friend after her story went viral.

He has traveled across the country with a sign that reads "Trump, that boy don't act right."

McCray made his way to Houston and met up with Fonseca Monday.

The two appeared to hit it off. They took a photo with each other and their anti-Trump messages.

Another vehicle sticker making rounds on social media is one that says "Thank you Trump and thank you Troy Nehls."

An Eyewitness News viewer snapped a photo of the sticker on a vehicle driving through Rosenberg and shared it with us.

Looks like Fonseca has started a new trend with both anti and pro Trump supporters.