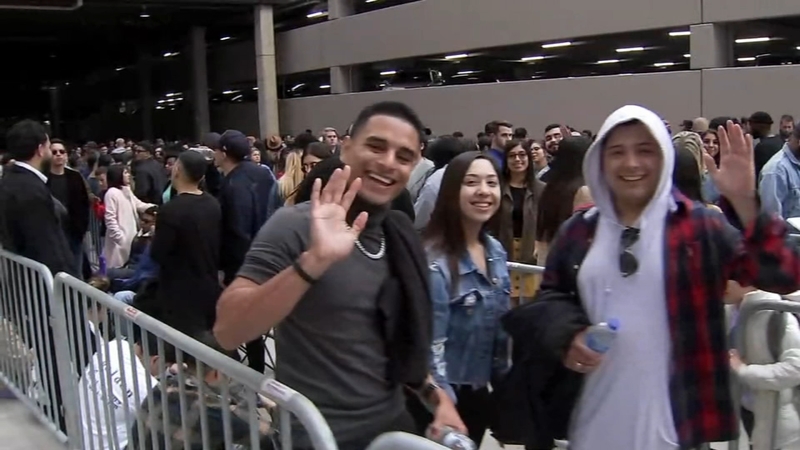 Show was delayed, some fans didn't get in until the second half

The "Sunday Service Experience" was supposed to start at 7 p.m., but was delayed until the line began to move.

It's almost an hour past showtime and the line is still wrapped around Lakewood Church.

"I think they should have opened the doors at 5 p.m.," said one woman. "But they were free tickets. If I had paid, I would have been mad."

#Lakewood says there’s a delay as they work to get everyone inside safely. Still a large crowd waiting to get in @abc13houston

The issue appeared to have been the security put in place for the event that filled the Lakewood sanctuary to its 17,000 seat capacity. Each person was required to go through a metal detector. Purses were also searched. When the performance was set to start, fewer than half of the seats were occupied. By the end, the sanctuary was full.

Until then, people who expected to be inside the church, watching Kanye and the choir perform their take on gospel music, watched it while standing in line on their cellphones.

Lakewood pastor Joel Osteen appeared on stage around 8:15 p.m. to welcome the crowd.