Justin Timberlake, John Legend and more will perform at the Oscars 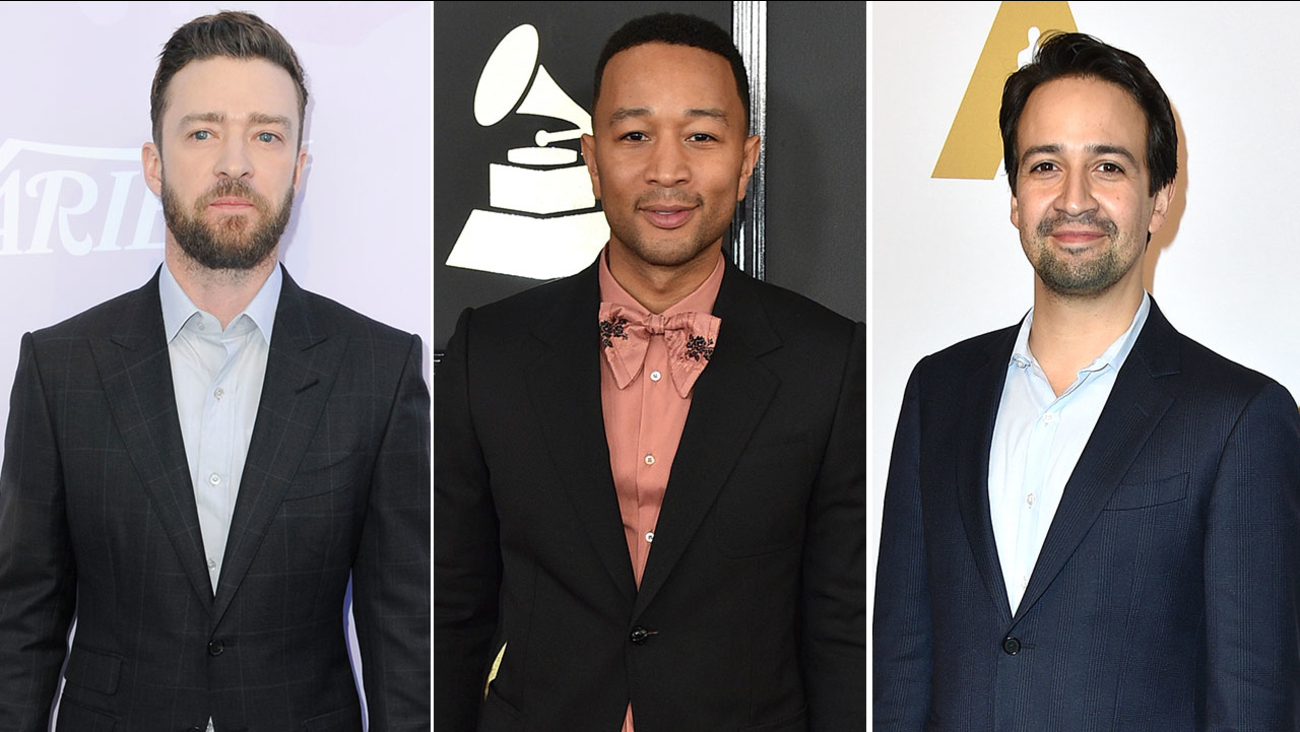 When the nominees for Best Original Song are celebrated at the Oscars on Sunday, some big names will be performing.

Stars like John Legend and Justin Timberlake will take to the stage during Hollywood's biggest night as all five nominated songs are performed. At the Governors Ball after party, Tony and Grammy-winning singer Cynthia Erivo of The Color Purple will perform.

Here's a look at each of the nominees and who will perform them.

"How Far I'll Go," from Moana
Performed by Lin-Manuel Miranda and Auli'i Cravalho


The optimistic new Disney anthem will be performed by Moana herself as well as the songwriter. Lin-Manuel Miranda, who would complete his EGOT with a win in this category, will perform his song "How Far I'll Go" with Auli'i Cravalho, the 16-year-old newcomer who voices the title character.

"The Empty Chair," from Jim: The James Foley Story
Performed by Sting

Sting will sing "The Empty Chair," a song he co-wrote with J. Ralph. The song is from the 2016 documentary following the life of James Foley, an American journalist killed by ISIS in 2014. This is Sting's fourth Oscar nomination and J. Ralph's third.

"Can't Stop the Feeling," from Trolls
Performed by Justin Timberlake

In the movie, Timberlake is joined by Anna Kendrick and others. Timberlake also released a solo version which topped the Billboard charts last summer and landed in the top 10 songs of 2016 on the Hot 100 list.

"City of Stars" and "Audition" from La La Land

Oscar-winning singer-songwriter John Legend will take the stage to perform two songs from La La Land, in which Legend plays jazz musician Keith. The songs have music by Justin Hurwitz and lyrics by Benj Pasek and Justin Paul.