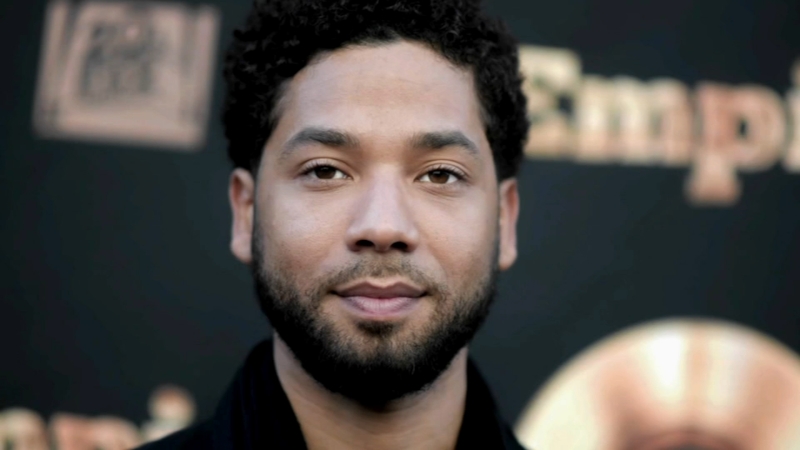 CHICAGO -- The two brothers who Chicago police said were involved in an allegedly staged attack on "Empire" actor Jussie Smollett have filed a federal defamation lawsuit against his attorneys.

Attorneys for Ola and Bola Osundairo held a news conference Tuesday morning to discuss the lawsuit, which has been filed against Smollett's attorneys Mark Geragos and Tina Glandian, and the Geragos & Geragos Law Firm.

An attorney for the Osundairo brothers announces a federal lawsuit against Jussie Smollett's attorneys.

"Attorneys Mark Geragos and Tina Glandian, through their continued false statements and hateful rhetoric, have only deepened the damage that was cause by the very first out of 16 counts of lies that were told to the police that started this whole situation," said Gloria Schmidt, attorney for the Osundairo brothers.

"My city, my police department and my clients deserve to have their reputations restored," Schmid added.

The lawsuit alleges that, "Smollett directed every aspect of the attack, including the location and the noose" and that his attorneys defamed the brothers in statements to the media.

"There are numerous defamatory statements and they are all included in the 16-page lawsuit that we filed," said James Tunick, attorney for the Osundairo brothers.

The lawsuit says that due to the attention and the negative comments from Smollett's attorneys, they haven't been able to work and it is affecting their livelihood. They are suing Geragos and Glandian for $75,000 each.

"There are consequences for the actions that Tina Glandian and Mark Geragos have taken. Today's suit enables us to make sure those consequences are decided in a court of law and not on a cable news network," said Gregory Kulis, attorney for the Osundairo brothers.

Bola and Ola Osundairo were questioned by police and testified to a grand jury about the attack, and were never charged with anything. They said in a statement, "These lies are destroying our character and reputation in our personal and professional lives."

In a statement, Geragos and Glandian said: "At first we thought this comical legal document was a parody. Instead this so-called lawsuit by the brothers is more of their lawyer driven nonsense, and a desperate attempt for them to stay relevant and further profit from an attack they admit they perpetrated. While we know this ridiculous lawsuit will soon be dismissed because it lacks any legal footing, we look forward to exposing the fraud the Osundairo brothers and their attorneys have committed on the public."

Geragos and his firm filed their reply to an organized effort by news organizations, including this station, to unseal the records connected to Smollett's now-dismissed criminal case. They argued that since the charges were dropped, Smollett "is entitled to the right of privacy just like any other citizen."

Last month, prosecutors dropped disorderly conduct charges against Smollett after he reported being attacked by two men in the city's Streeterville neighborhood, who he alleged yelled racist and homophobic slurs and poured a chemical on him, as well as looping a noose-like rope around his neck.

Chicago police said Smollett staged the attack with the help of the Osundairo brothers, who he knew through "Empire," and paid them.

Smollett has maintained his innocence.