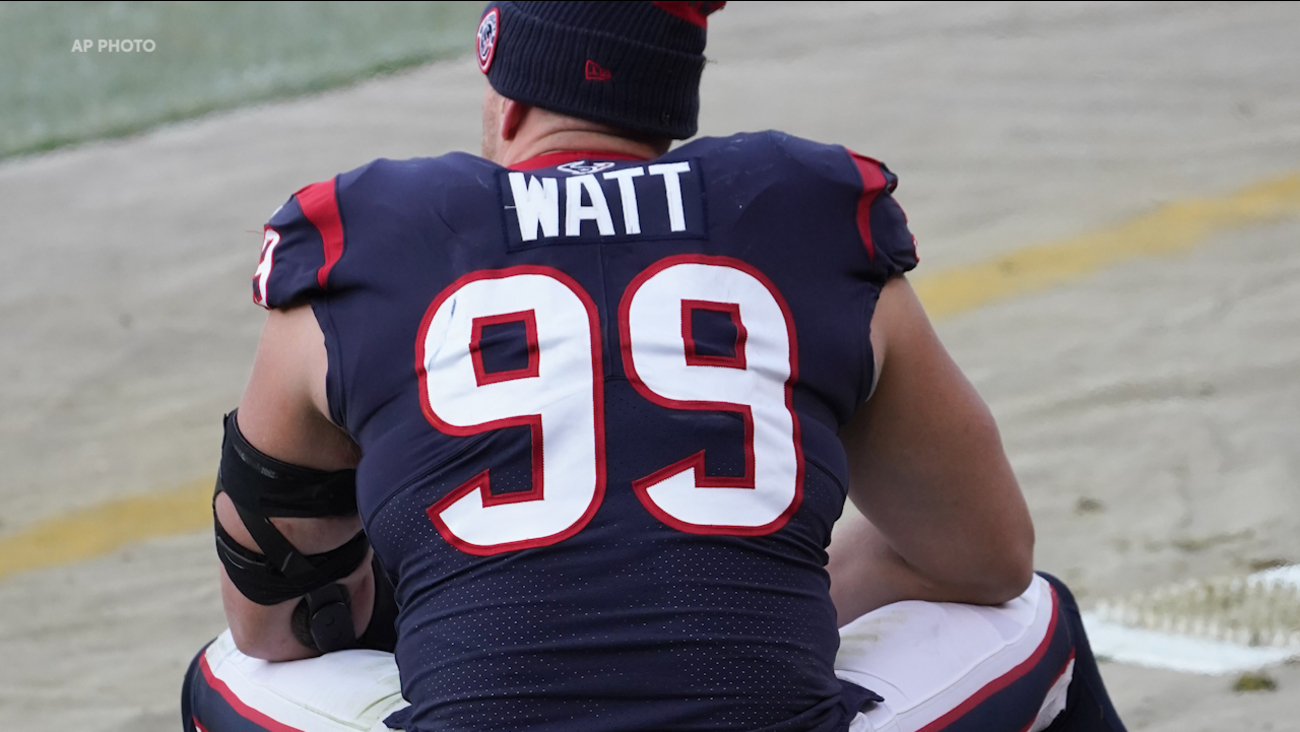 HOUSTON, Texas (KTRK) -- With the playoffs now off the table, J.J. Watt was brutally honest about the Houston Texans' performance against the Chicago Bears, calling it "embarrassing."

"It's just the facts of what it was," Watt told reporters in Sunday's postgame Zoom conference.

Watt, whose future in Houston was cast in doubt in the midst of a season-opening, four-game losing streak, said after the 36-7 blowout that the tone for the Texans' game plan, especially after giving up a first play 80-yard touchdown run, was not ideal.

When the competitiveness of the defense was brought up, Watt concluded that there was a lack of it on his side of the ball.

Watt was indeed asked about his thoughts for the future with the franchise. He was non-specific.

"I'm always thinking about everything," Watt said, though, at that point, his mind was still on the game.

The Texans lost two straight games after winning three of four games before that. The 29-point deficit in Chicago was the worst in the season so far for Houston.

The Texans go to Indianapolis next Sunday before closing out their 2020 season at home against Cincinnati and Tennessee.

The post-Bill O'Brien era in Houston has begun. In the video, David Nuno breaks down what happened on the first day of business since the former head coach's firing.