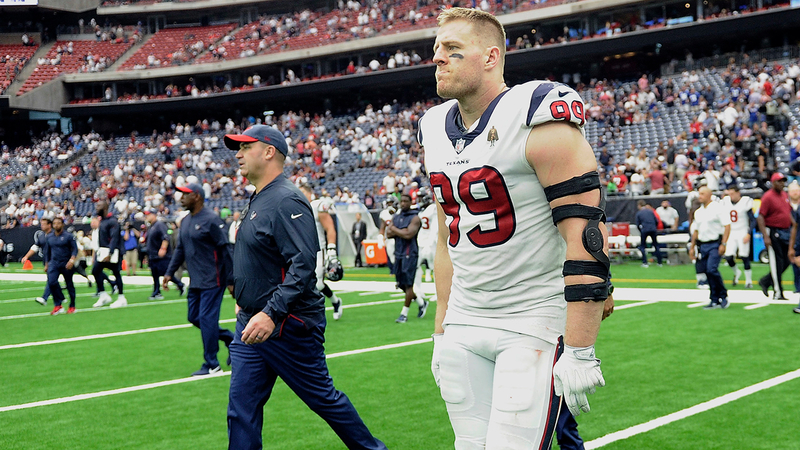 Texans' Watt, Watson and Crennel on life after O'Brien

Bill O'Brien got into a heated exchange with Houston Texans star J.J. Watt during a recent practice, ESPN has confirmed.

Watt on Wednesday said he has no "ill will" toward O'Brien, but said he is looking forward to a "fresh start" after the coach/general manager was fired following the Texans' loss to the Minnesota Vikings on Sunday.

Did a blow-up between the Texans' biggest star and Bill O'Brien lead to the former coach's firing? ESPN Houston's John Granato walks ABC13 Sports through a timeline leading up to "B.O.B.'s" departure.

The incident, which also included defensive coordinator Anthony Weaver, took place in the week leading up to the winless Texans' Week 3 loss to the Pittsburgh Steelers, according to ESPN and multiple reports.

The Texans fell to 0-4 with their loss this past Sunday to the Vikings, and O'Brien was fired as head coach and general manager a day later.

Sources confirmed to ESPN that "a verbal blowup at practice" occurred two weeks ago, with one source telling ESPN's Dianna Russini that the incident was when O'Brien "lost the team."

Romeo Crennel was named interim coach heading into this week's game against the Jacksonville Jaguars.

"I do think that there's an energy and excitement and we're looking forward to going out and getting a win and getting going 1-0," Watt said. "That's our goal."

Watt said after the loss to Minnesota that the Texans "obviously have to do something different."