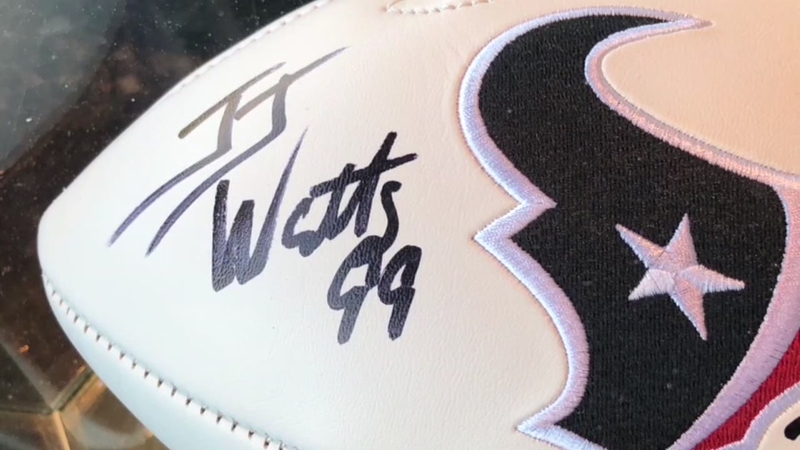 Shane Allbright won a signed football this week in a charity raffle. Allbright said he was so excited about the item, he decided to send a tweet to the football player.

He never expected this response.

Watt wrote in a tweet, "Man, whoever faked my signature on that ball didn't even know how to spell my name! DM me an address and I'll send you a proper signed ball to auction off. We can't have people doing charity like that."

Allbright said at first he thought a fake account responded to his message.

"We were having a good time," said Allbright. "That was the last thing on my mind to look for a signature that wasn't real."

The Houston man said Watt told him in a direct message he and the charity should get signed balls by next week. Allbright said he was happy to support Heroes for Children.

He didn't even have time to be upset about the ball.

The charity said the person who donated the ball didn't realize it was a fake. They apologized and said they plan to authenticate all future raffle items.