What are the JFK files? 1992 law required documents' release 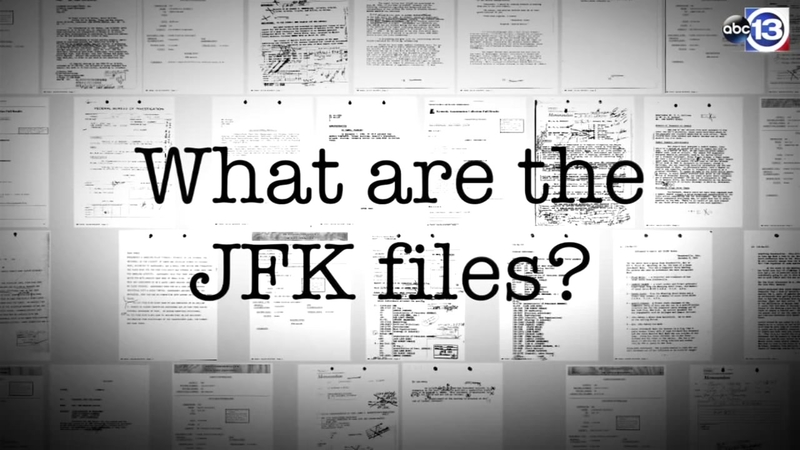 What are the JFK files? 1992 law required documents' release

The public is getting a look at thousands of secret government files related to President John F. Kennedy's assassination, but hundreds of other documents will remain under wraps for now.

The government was required by Thursday to release the final batch of files related to Kennedy's assassination in Dallas on Nov. 22, 1963. But President Donald Trump delayed the release of some of the files, citing security concerns.

Experts say the publication of the last trove of evidence could help allay suspicions of a conspiracy - at least for some.

"As long as the government is withholding documents like these, it's going to fuel suspicion that there is a smoking gun out there about the Kennedy assassination," said Patrick Maney, a presidential historian at Boston College.

What to expect from the files:

HOW MANY FILES ARE THERE AND HOW CAN I SEE THEM?

The last batch of assassination files included more than 3,100 documents - comprising hundreds of thousands of pages - that have never been seen by the public. About 30,000 documents were released previously with redactions. The National Archives released more than 2,800 documents on its website Thursday evening. But Trump delayed the release of the remaining files after last-minute appeals from the CIA and FBI. Trump cited "potentially irreversible harm" to national security if he were to allow all the records out now and placed those files under a six-month review. Officials say Trump will impress upon federal agencies that JFK files should stay secret after the six-month review "only in the rarest cases."

WHY ARE THEY BECOMING PUBLIC NOW?

President George H.W. Bush signed a law on Oct. 26, 1992, requiring that all documents related to the assassination be released within 25 years, unless the president says doing so would harm intelligence, law enforcement, military operations or foreign relations. The push for transparency was driven in part by the uproar in the wake of Oliver Stone's 1991 conspiracy-theory filled film "JFK."

WHAT DO THE FILES SHOW?

Scholars stress that it will take weeks to mine the documents for potentially new and interesting information.

But the files show federal agents madly chasing after tips in the days after the Nov. 22, 1963, assassination and juggling rumors and leads worldwide. The materials also cast a wide net over varied activities of the Kennedy administration, such as its covert efforts to upend Fidel Castro's government in Cuba.

One document details efforts to interview people who may have seen Kennedy's killer, Lee Harvey Oswald, while he was traveling to Mexico before the assassination.

Another file describes individuals being monitored as potential threats, including a person who sent a letter to the president in December 1963 that said "you're doomed." After an interview with that person, an official wrote: "Said letter was a joke. Not dangerous. Attending 5th grade."

WILL THERE BE ANY BOMBSHELLS?

JFK experts believe the files will provide insight into the inner workings of the CIA and FBI. But the chances of a bombshell are slim, according to the judge who led the independent board that reviewed and released thousands of the assassination documents in the 1990s. The files that were withheld in full were those the Assassination Records Review Board deemed "not believed relevant," Judge John Tunheim of Minnesota told The Associated Press. But Tunheim said it's possible the files contain information the board didn't realize was important two decades ago.