Jeopardy is moving to ABC-13 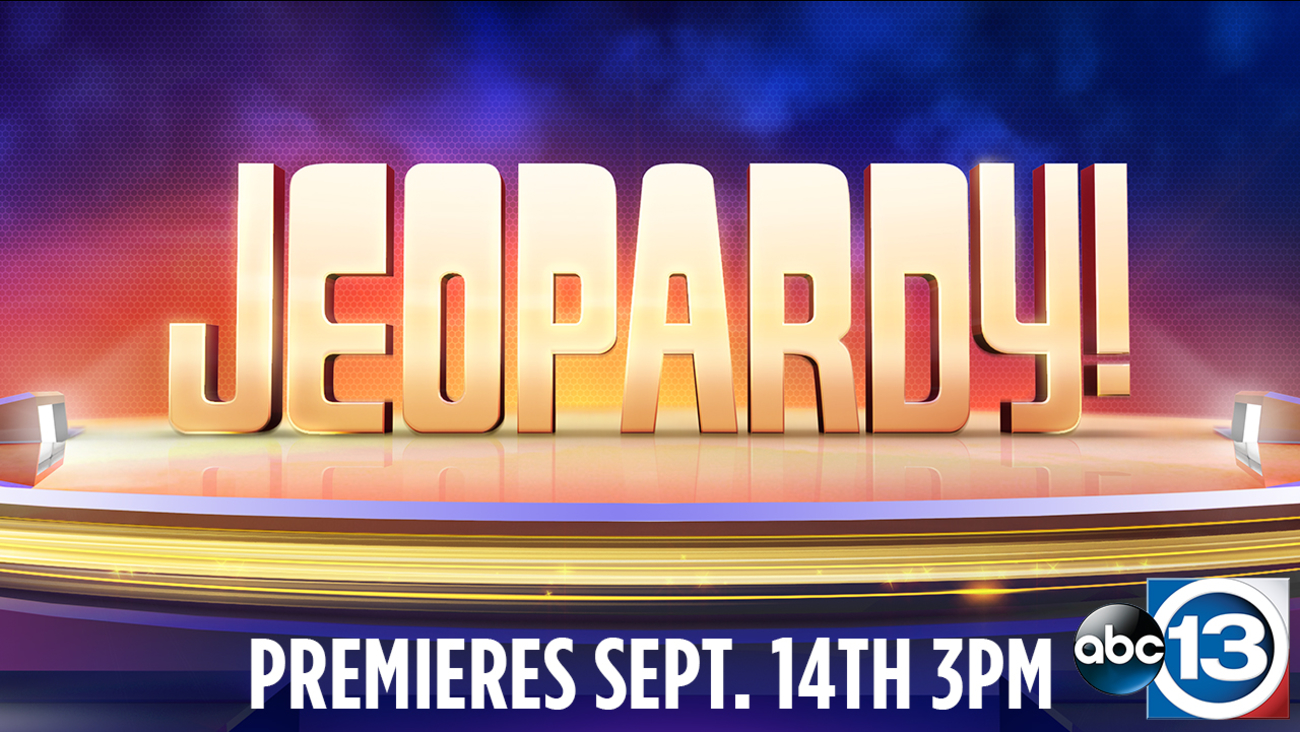 Jeopardy! The famous American game show and is moving to ABC-13 and premieres on September 14th at 3PM CST.

The show was created by Merv Griffin and originally debuted on American television in 1964. It has been awarded Daytime Emmy Awards for being one of the longest running game shows on American Television. Few years ago, it was also awarded one of the Top 50 shows in the list of 60 greatest shows in American History.

Learn something new everyday by watching and quizzing yourself on Jeopardy on ABC-13.

CULVER CITY, CALIF. (September 8, 2015) - JEOPARDY!, winner of the 2015 Emmy Award for Outstanding Game Show, and its host, Alex Trebek, will return for their 32nd season in syndication Monday, September 14.

"We know that our viewers are looking for new ways to engage with the show, so that's become the overarching goal for Season 32 and beyond," said Harry Friedman, executive producer of JEOPARDY!. "Fans are looking for a more experiential, immersive relationship with JEOPARDY!, and we know they will enjoy the many new features of Jeopardy.com, enjoy an expanded roster of celebrity clue presenters, and the chance to follow in the Clue Crew's footsteps by winning a trip to Europe."

September 14 also marks the debut of a completely revamped Jeopardy.com. The updated and improved JEOPARDY! digital experience is fully compatible on mobile and tablet devices and features several new ways for fans to stay connected with the show. Highlights include:

J!6 Game: J!6 is a new JEOPARDY! gaming experience where users can play the sixth clue from each category every day. It's simple - players pick and play six clues, earn points, and track their ranking among the JEOPARDY! community.

J!Buzz: J!Buzz is a new destination for exclusive JEOPARDY! behind-the-scenes content. Fans can read about how the show is produced, take a peek into the writers room, and enjoy original insights and personal tidbits from Alex Trebek.

MyJeopardy!: MyJeopardy! is a new way for viewers to stay connected and up to date with JEOPARDY!. Once registered for a MyJeopardy! profile, fans can sign up for the JEOPARDY! newsletter, create alerts for online tests, track their progress in J!6, and more.

Other season highlights include the return of popular events like the Tournament of Champions, College Championship, and Teachers and Teen Tournaments.

Finally, fans will have the opportunity to journey to new and exciting destinations when the "Europe Reimagined" sweepstakes takes place Monday, October 12 - Friday, October 16, 2015. In partnership with Lindblad Expeditions - National Geographic, viewers can watch and win each day for their chance to explore the French Atlantic Coast, the North Sea, Oporto and the Basque Country, the Mediterranean Isles, or Scandinavia. For more information about the voyages, please visit www.expeditions.com/Europe2016.

JEOPARDY!, America's Favorite Quiz Show, and its host, Alex Trebek, are in their 32nd season in syndication. The top-ranked quiz show, with 25 million viewers each week, JEOPARDY! holds the Guinness World Records title for the most Emmy Awards won by a TV game show (32 Emmys), including the 2015 Emmy for Outstanding Game Show. In 2014, JEOPARDY! won the inaugural Writers Guild of America award for Outstanding Writing for a Quiz and Audience Participation Show; it is also the recipient of a 2011 Peabody Award. JEOPARDY! is produced by Sony Pictures Television, a Sony Pictures Entertainment Company; it is distributed domestically by CBS Television Distribution and internationally by CBS Television International, both units of CBS Corp.
Related topics:
arts & entertainment
TOP STORIES
Boyfriend accused of shooting 15-year-old girl 22 times posts bond
Teen dies after being shot while walking along Sims Bayou
Warm Wednesday afternoon before a strong cold front moves in
French actor Gaspard Ulliel dies after ski accident
State sends Cy-Fair firefighters to help battle Bastrop wildfire
Some issues arise on 1st day of USPS free COVID tests
Website for free COVID tests is here. How does it work?
Show More
HPD chase with white van ends with arrest near Hwy 288
Richmond firefighters responding to large mulch fire on FM 359
Driver may have been drunk in crash that killed passenger, HPD says
Family member found bodies of 3 teens in Crosby home, sheriff says
400M N95 masks available to the public for free starting next week
More TOP STORIES News