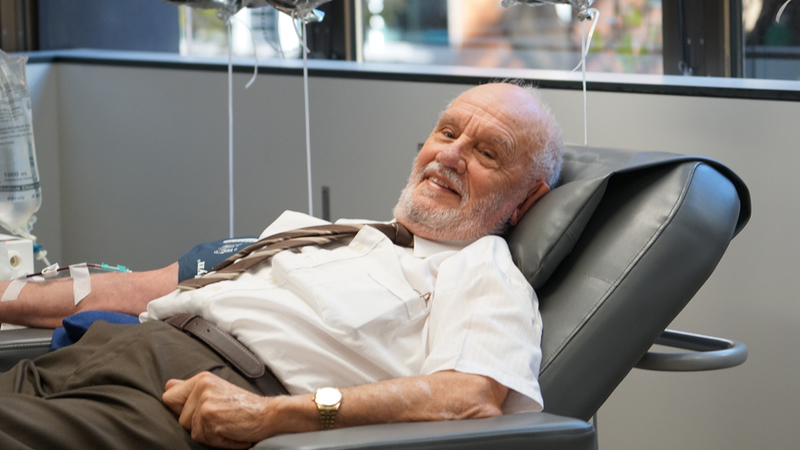 Meet the man whose blood helped millions of newborn children

ALEXANDRIA, Australia -- An Australian blood plasma donor who has helped millions of mothers and their newborn children over the past several decades has made his final donation.

James Harrison, 81, has an antibody in his blood that is used in the production of Anti-D, a medication that prevents Hemolytic Disease of the Newborn. The potentially fatal condition can cause anemia, liver and spleen enlargement, brain damage, heart failure and even death in newborns.

Anti-D injections keep a pregnant woman who is Rh(D)-negative from developing antibodies in her immune system that could harm an Rh(D)-positive baby. Approximately 17 percent of pregnant women in Australia need the injections, which come from a pool of less than 200 Australian donors.

Harrison made his 1,117th and final donation to Australia's Anti-D program on Friday, May 11, after a six-decade blood-donation span that helped an estimated two million Australian women and their babies, according to the Australian Red Cross Blood Service.

"I hope it's a record that somebody breaks because it will mean they are dedicated to the cause," Harrison said in a news release.

Dubbed the "man with the golden arm," Harrison underwent a heart surgery when he was 14 and required blood transfusions to save his life. He began donating his blood as soon as he was old enough to, and later became the pioneer of a country's Anti-D program.