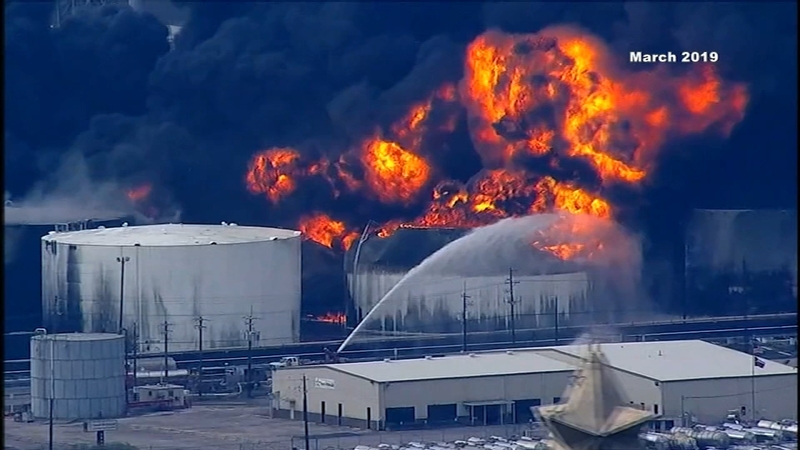 DEER PARK, Texas (KTRK) -- Investigators believe a fire at the ITC Deer Park facility was caused by a failure within something known as a manifold power frame of one of the tanks on site.

According to a report released Friday, The Harris County Fire Marshal's Office determined the failure on March 17 was accidental.

Agents with the Bureau of Alcohol, Tobacco, Firearms, and Explosives worked with Harris County authorities to find the cause of the fire, which burned for days and caused shelters-in-place orders to be issued for the immediate area.

ITC officials said at the time that the first tank that caught fire contained NAPHTHA. The fire then spread to a second tank containing XYLENE. Both are gasoline components.