Off-duty HPD officer charged with DWI after crash near downtown 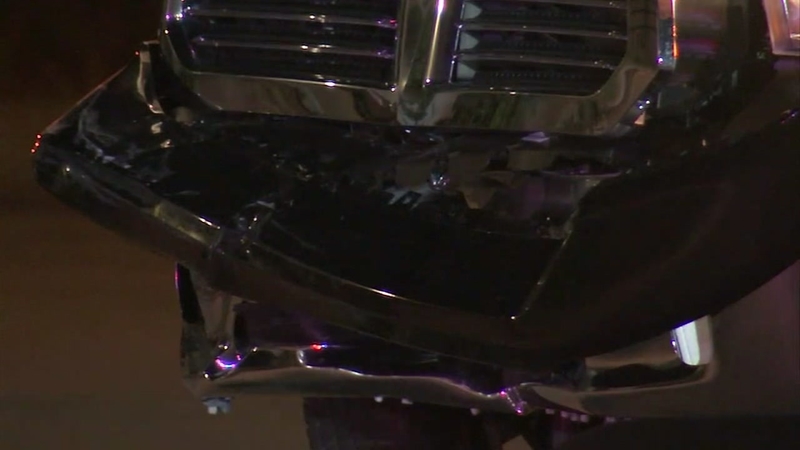 HPD officer charged with DWI after crash near downtown

HOUSTON, Texas (KTRK) -- A Houston police officer has been charged with DWI after a crash near downtown Tuesday night.

Bobby Lee Jennings was off-duty when the incident happened just off Houston Avenue near Washington around 5:30 p.m.

"It's my understanding the off-duty officer was going north on Houston Avenue, came up behind and struck three vehicles, side-swiped one, hit one vehicle, pushed the other vehicle into another vehicle. So there were a total of three other vehicles involved," explained Lt. Larry Crowson, of HPD.

Eyewitness News spoke to one of the drivers who said his car was hit when the officer slammed into him.

"It hit me so hard that I slammed on the brakes. The back of my car even went in the air a little bit," Frank said.

Investigators say it all started when Jennings side-swiped a truck, then hit a BMW, forcing the BMW to hit Frank's Chrysler.

"When the accident first happened, I did see him and he did look a little disoriented," Frank said. "After some time passed, his words were slurring."

Officials say Jennings declined a field sobriety test, but a blood draw was conducted based on a search warrant.

Court records show that Jennings admitted to drinking, and confirmed that his speech was slurred and there was a strong alcohol odor on him.

This marks at least eight Houston-area law enforcement officers who were arrested for DWI related charges since August.

"I've made it very clear to our workforce that we're not going to tolerate drinking and driving, committing DWI," said Houston Police Chief Art Acevedo.

The Houston Police Officers Union has a program where officers can sign up and get a card to pay for a cab when they've had too much to drink.

"It's important just to give them an option with a free ride home," said Joe Gamaldi, the president of the Houston Police Officers' Union.

As for this crash, one driver suffered a concussion. Her family said she's recovering.

Off duty @houstonpolice involved in an accident off of Houston Ave near Washington. HPD telling me initial reports show officer was possibly intoxicated. More details to come!