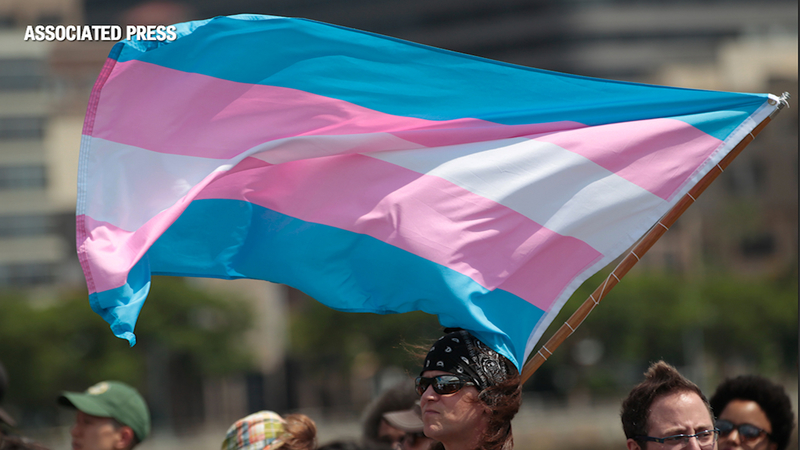 It was recognized by the White House through a proclamation in 2021 as a time to "recognize the generations of struggle, activism, and courage that have brought our country closer to full equality for transgender and gender non-binary people in the U.S. and around the world."

But after a year where at least 37 states have introduced some kind of anti-LGBTQ legislation, advocates in the Greater Houston area say this year's International Transgender Day of Visibility brings mixed feelings for them. These bills include restricting gender-affirming care for transgender youth, trans participation in girls' sports, and bathroom usage for transgender people. Republican lawmakers have also introduced bills to limit books and curriculum in schools.

"There were a lot of people who saw Transgender Day of Visibility as a good day to come out as trans. A lot of them then lost their jobs, their homes, or access to healthcare," said Alexis Melvin. "There's a huge danger, because there are really no laws to protect the transgender community at the local and state levels."

"I told myself that when I came out as trans, I had to be ready to lose everything. When we are visible, it puts a target on our backs. The second we step out, we're a target. I get death threats," said Eden Rose Torres, a transgender activist. "Some people want us dead for simply existing. Nothing about my experience being trans is depressing. It's how other people navigate my existence, that's what hurts. That's what pains me that I am devalued simply for the fact that I identify as a trans woman."

According to a study by the Williams Institute at UCLA School of Law, transgender people are four times more likely than cisgender people to be victims of violence. In February, Paloma Vazquez was found shot to death in her Gulfton-area apartment. Iris Santos was shot and killed as she sat outside a Chick-Fil-A restaurant on Westheimer in April 2021.

"I've stood in front of the bodies of trans women, in front of their open casket and looked at their bodies. There's nothing more terrifying than seeing yourself there, being able to imagine that could be me any second," said Torres. "When I go out my front door, I have to worry about being murdered. Trans women are being murdered at such an alarming rate."

Each year on Nov. 20th, the transgender lives lost are remembered, honored, and memorialized collectively on Transgender Day of Remembrance (TDOR). Melvin calls it a "very sad day" and says that's why International Transgender Day of Visibility was created in 2009, to provide a positive day for trans celebration and recognition.

International Transgender Day of Visibility is celebrated March 31, but after many anti-LGBTQ legislations have been passed it brings mixed feelings.

"It was someone's idea, because they were tired of only having TDOR to talk about transgender people. So they're like, 'Look, I want something that talks about the good things that living people are doing,'" she said. "Being visible has all sorts of pluses to it. You get to be part of the general community and they get to know trans people. Usually, once they know us, they don't fear us."

Melvin is the president of Transgender Foundation of American (TFA) Houston, a nonprofit organization aimed at improving the quality of life for transgender people. It's been around since 1965 and underwent a few name changes. Some of their services include providing homeless services, removing barriers to mental health support, and meeting with elected officials to advocate for transgender equality.

"We are under attack here in Texas. Anyone who decides this is the time to come out should think about it a lot, because they're going to get a lot of pressure from groups that are based on nothing but fear," she said. "Families are scared to death after Gov. Greg Abbott's latest directive. Telling someone you could take away their kids is the worst thing you can say to somebody."

Torres says that transgender youth are more at-risk for mental health issues than their cisgender peers. According to a 2021 national survey conducted by the Trevor Project, 42% of LGBTQ+ youth seriously considered attempting suicide in the past year, 94% reported that recent politics negatively impacted their mental health.

"Those parents are keeping their kids alive. When we are not affirmed in our bodies and our identities, it's not something we're comfortable with. It is something so devastating that it can lead us to take our own lives," she said. "Trans folks face an astronomical amount of pushback to our existence in the forms of discrimination and transphobia. Every day is a fight to be seen and valued. As we're dehumanized, it takes a toll on our mental health."

Torres acknowledges there's been a significant amount of progress made for the transgender community, but notes that there is still a lot of work that has to be done.

"When I was young, I didn't have the language to say I am a trans woman. I wish I had all the amazing things that trans kids have today, like gender-affirming health care. Being able to socially transition at school and be your true self. Being to use puberty blockers so you didn't have to feel so dysphoric, gross, and horrible inside your own body," said Torres.

Despite the dangers she faces, Torres says she is the happiest she's ever been living as her authentic self. She is a photographer, who has featured more than 7,000 people and told their stories through a campaign called "Pride Portraits." She started the project in 2016 after the Pulse Nightclub shootings.

"I had a studio a couple years ago, and it got bomb threats. I had a public art installation that got two-faced and was labeled as a hate crime in Harris County," she said. "One of the biggest things I've learned over the past year and half of being an out trans woman is making sure you create a safe space around you. I have created such a loving, vibrant, diverse community of friends where I don't have to worry about my safety."

Torres says trans visibility is more important now than it has ever been. With 2022 being an election year, she believes there will be more transphobic rhetoric coming from a number of political candidates.

"The thing I worry about is that not only are we going to see these bills against trans kids at the next legislative session. We're going to see bills against trans folks of all ages. Our entire community will be under attack. It won't be just in Texas. It's going to be across the country. So we're in a very big fight to be allowed to exist in public spaces," she said. "I want people to know that when we talk about trans equality, we're not talking about extra rights. We're talking about equal rights."

She says visibility also means being seen, valued, and acknowledged for the other parts of her identity.

"There are so many things about me that are fascinating, special, and wonderful. None of them have to do with the fact that I am trans. But that seems to be the only thing people want to see about you when you're a trans person. I just hope that somehow, people can start to see trans people as an everyday part of society, because that's what we are," she said.

Melvin said TFA Houston's next priority is to find a physical location again, as their greatest limitation has been in providing a meeting space for their volunteers. She said funding has not been an issue, but the COVID-19 pandemic paused some of its operations during its peak.

The Montrose Center will be holding an event for International Transgender Day of Visibility on Friday, April 1 from 6:30 to 7:30 p.m.