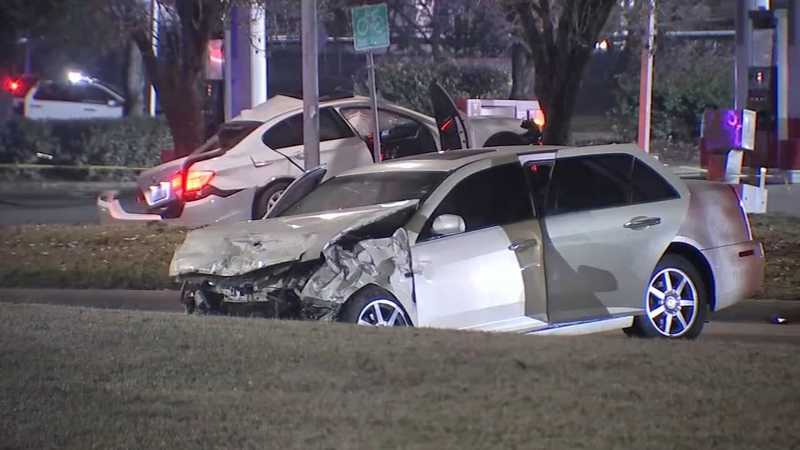 HOUSTON, Texas (KTRK) -- An innocent man was killed when his car was hit by a chase suspect overnight in west Houston, police say.

Authorities told ABC13 it all started around 12:15 a.m. when an officer saw a suspicious vehicle at a gas station. The officer turned on his lights and walked up to the vehicle.

That's when the suspect took off down Richmond, then turned northbound on Wilcrest.

Officials say the officer tried to go after the suspect and had his unit's lights activated, but he lost sight of the suspect.

Moments later, police spotted a crash involving the suspect's vehicle at the intersection of Wilcrest and Meadowglen. An innocent driver was going eastbound through the intersection when he was hit and killed.

The 20-year-old suspect and the two people inside the vehicle with him were all taken to the hospital, but are expected to be OK.

According to police, a man holding an open container was seen with the suspect and his two passengers at the gas station, and the officer was walking over to talk to that man when the suspect drove off.