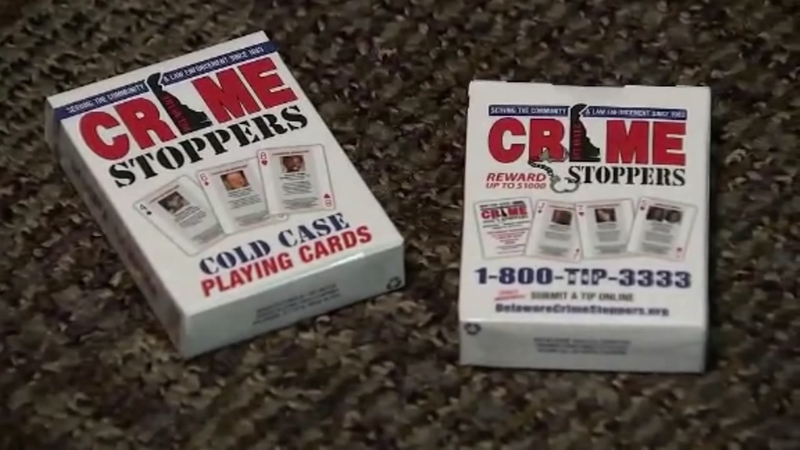 NEW CASTLE, Delaware -- Authorities are using an unusual approach to crime solving and it involves the criminals themselves.

The grim tales of unsolved homicides live on the second floor of the New Castle County building rolling cabinet. Some cases date back decades and echoes of the past grow fainter as time passes.

However, embracing technology to develop fresh leads and solve cases turns out to be as basic as a game of cards..

"When we met with department of correction, we asked how many decks of cards you go through a year and they said anywhere from about 8,000 to 8,500 decks," detective Brian Shahan told KYW.

"Those are the only decks of cards that they sell in the prison and it's self-funded," he said. "Once an edition is done or over for the year, they put 52 more cases and it just keeps going."

The five of clubs in one deck is the victim of a fatal beating. Her name was Grace Harmon. Her killer remains in the shadows, a person unknown to the police.

"This was planned, this was targeted," Shahan said. "We were hoping some people were still around."

In a month's time, five tips have been generated.