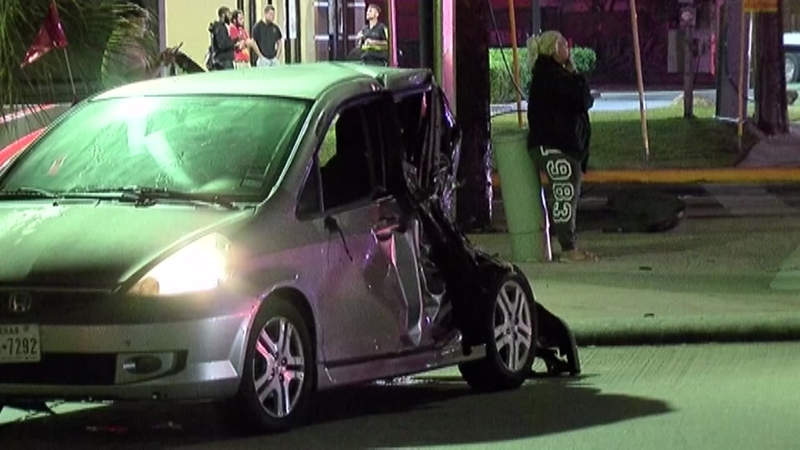 HARRIS COUNTY, TX (KTRK) -- The Halloween weekend is beginning in tragedy as two people were killed in a crash overnight on north Harris County.

Two cars and a motorcycle were stopped at a stoplight heading westbound on FM 1960.

Marla Carter says this intersection has seen similar tragedies before

Deputies say that's when the driver of a pickup truck tried to go between the cars.

His truck ended up on its side. Another car ended up about 50 feet from the site of impact.

The two people on the motorcycle were killed.

Two people in a silver Honda were hurt, but didn't have serious injuries.

The driver of the truck was also hurt but had minor injuries.

Deputies believe he was drunk.

They conducted a field sobriety test and found him to be under the influence.

They're also doing a blood alcohol test at the hospital.