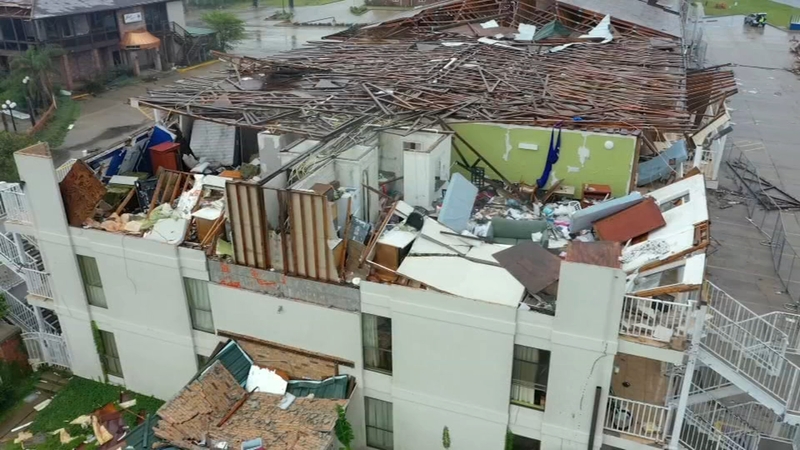 Today marks the official end of the Atlantic hurricane season, and for the tens of millions of people who found themselves in the paths of this year's storms, it couldn't come soon enough.

After starting off with Arthur, Bertha and then quickly moving down the list of the names, the 2020 Atlantic hurricane season is now in the history books as the most active season on record.

"What really stood out was just the sheer number of storms and landfalling storms. The 30 named storms is a record," said Gerry Bell, NOAA lead seasonal hurricane forecaster.

Of the 30 named storms, six were major hurricanes, Category 3 or higher. Twelve storms made landfall in the U.S., with five of those striking Louisiana.
SEE ALSO: Louisiana residents across the coast deal with double damage after Hurricane Laura and Delta

"Quite frankly, it's more than anybody should have to bear," Louisiana Gov. John Bel Edwards said earlier in the season.

"When you have this combination of climate factors, that really sets you up for a potentially extremely active season as we saw this year," Bell said.

"Roughly 80 million people in the United States are considered to be potentially impacted by a hurricane," Bell said.

But the U.S. isn't alone. The final two hurricanes to make landfall this year also proved to be among the most powerful. Eta and Iota slammed Nicaragua, both as Category 4 storms and just 13 days apart.

Yet even as the calendar marks the end to the nightmare hurricane season, 2020 isn't over just yet.

"It's fairly rare to see a December storm, but given the extremely active season that we've had, we don't want to rule that out," Bell explained.

"The big lesson is don't let your guard down," Bell warned. "Make sure you're prepared for every hurricane season because that's the most important thing you can do."

Two weeks after Hurricane Laura ripped through southwest Louisiana, people are still trying to pick up the pieces.

Two years of devastating floods have left Meyerland residents wondering if it's worth it to rebuild.