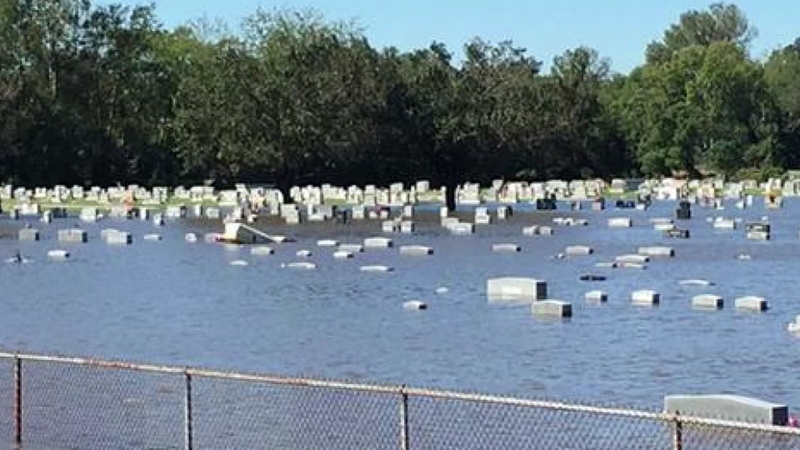 GOLDSBORO, North Carolina -- About half of the corpses that floated out of their graves in a North Carolina cemetery during Hurricane Matthew and its subsequent flooding have not been reburied almost a year later.
The Goldsboro News-Argus reports that 18 of the three dozen bodies have not been positively identified since the storm hit last October.

Goldsboro Public Works Director Rick Fletcher said the process has taken longer than expected. DNA samples are expected to be collected from the deceased later this month.

Fletcher said once the bodies are positively identified, caskets will be returned to individual plots in the city's Elmwood Cemetery.