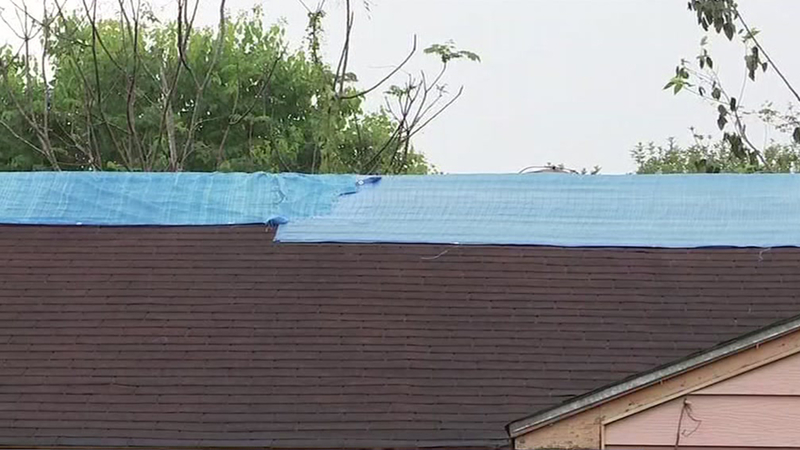 HOUSTON (KTRK) -- Eight years ago, the southeast Texas coast was 'hunkering down" for Hurricane Ike. History would record it as a low-level hurricane, but there is no such thing when you're in its path.

Ike caused billions of dollars in damage and several storm-related deaths. It wiped communities from the Bolivar Peninsula, created a huge storm surge that destroyed buildings and businesses on Galveston's Seawall Blvd along with homes on the bay.


Houston was a big target as well, not so much a flood event, as wind.

Time brought repairs, and a lot of replacements. But in the city of Houston, there are still homes with blue tarp roofs that date back eight years.

The city's new Housing and Community Development Director, Tom McCasland, said the city will use $2 million to repair some 250 homes with storm roof damage. Tens of millions in grant money was spent in the past for home repairs under storm recovery funding, but those programs have ended.

A look back at the destruction of Hurricane Ike

Inspectors are already performing visual inspections of property to determine if homes qualify for the roof repair program. However, the problem may be what's happened in the home itself.

"Eight years of water damage is going to do a lot of damage and they may need a replacement home," said McCasland. "$65,000 is the point at which demolition and rebuilding might be required. For someone who's grown up in that house, there's sentimental attachment, but we can't spend funds on repairing a roof on a damaged structure."


The city may introduce another recovery program to address more extensive home repairs.

"Affordable housing is a top priority for the mayor," said McCasland.

In southeast Houston, 77-year-old Vallia Huff, a widow who's lived in her home for nearly 50 years, said she's been waiting for a new roof since Ike sent a tree crashing on to her house. A blue tarp, the latest in a series, is on the roof, but the water still comes in.

"It's water torture," Huff said, while breaking down in tears. "I can say I know what that feels like when the water comes down the wall while I'm sleeping."

She's applied for the Rebuild Houston program, which will administer the new roof project and she is hopeful.