GLO fund distribution a 'failed attempt' to pit city, county against each other 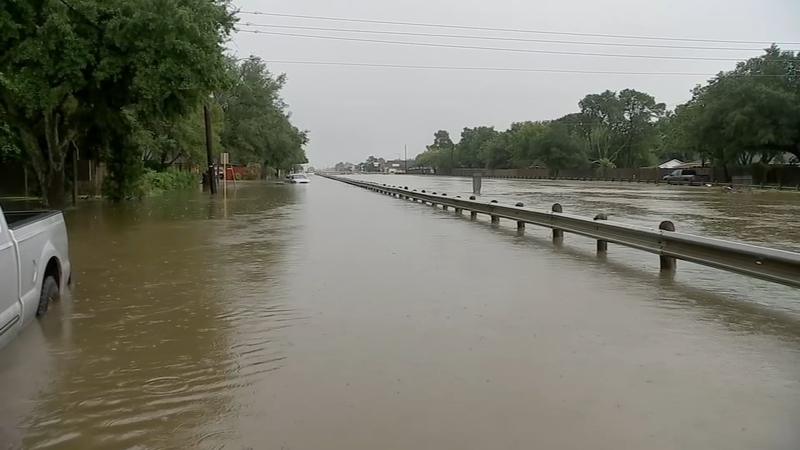 GLO funds 'failed attempt' to pit city, county against each other

HOUSTON, Texas (KTRK) -- After first denying Houston and Harris County millions of dollars in federal aid, the state reversed course this week saying it would ask the federal government to allocate $750 million to the county for flood mitigation projects following Hurricane Harvey.

Bipartisan outrage over the initial decision to leave the city and county out of receiving any of the $1 billion in federal funds available caused backlash as the city and county urged residents to call the Texas General Land Office and voice their concerns.

"The way they presented it last week, it was as if Harvey never occurred in Houston, Harris County and I think you've seen the reaction from officials on both sides of the aisle locally Democrats (and) Republicans," Houston Mayor Sylvester Turner said.

Last Thursday, 13 Investigates learned the GLO announced allocating funds to Baytown, Pasadena, Jacinto City, Galena Park and communities within Galveston County. Zero dollars were allocated to Houston and Harris County because the GLO said they didn't score high enough on a 2019 system used to score each application and determine how funds will be allocated

"I have heard the overwhelming concerns of Harris County regarding the mitigation funding competition," Bush said in a statement posted to Twitter Wednesday night. "I am no stranger to standing with the people of Texas as we fight against the federal government. As such, I have directed the GLO to work around the federal government's regulations and allocate $750 million for mitigation efforts in Harris County."

The announcement didn't mention Houston, which left local leaders wondering if the city will receive any aid.

Turner called the state's actions an "unnecessary game" causing "unnecessary delays" in getting residents the flood mitigation needed to protect them from future storms.

"I view what Commissioner George Bush said last night as a game," Turner said Thursday. "The City of Houston is not yet losing because the game is not over. The people themselves in Houston and Harris County will have the final say. They are the ones who flooded. They are the ones who have been hurt by this - a failure to put in place the proper infrastructure."

Harris County Commissioner Adrian Garcia said Bush should have allocated the funds to Houston and Harris County, which were the hardest hit by Harvey, last week rather than waiting until there was backlash to reverse course.

"I see this as a failed attempt on his part to try to pit the city and the county against each other. I have news for the commissioner. It ain't going to happen," Garcia said on Thursday. "We are aligned. We are the ones who were able to bring a broad bipartisan base of support to vocalize that the initial announcement of Houston and Harris County receiving zero dollars was a poorly handled, poorly rolled out and not through at all."

Garcia also said county engineers estimate $915 million is needed, so the $750 million the state is asking to be allocated to the county will not cover the mitigation needed.

Republican and Democratic members of Congress also gathered Thursday on the steps to Houston City Hall to call on the GLO to ensure the areas hardest hit by Harvey receive the funds Congress allocated.

"In no universe should the people of Houston and Harris County be denied a fair amount of funding for the harm suffered during the catastrophic flooding that occurred not only during Hurricane Harvey in 2017, but also other floods in 2015 and 2016 as well," said Congressman Al Green, chair of the Texas Democratic Delegation.

Congresswoman Lizzie Fletcher said Harvey was the second or even third flooding event some of her constituents lived through. She said she knows they're up at night worrying about when it might happen again.

"Here in Houston, you don't have to say Hurricane before Harvey because everyone knows what you're talking about. We know what we saw. We know what we experienced," Fletcher said. "All of us were shocked and outraged and bewildered by the GLO's announcement last week that neither Houston nor Harris County would be awarded any disaster mitigation funds. These are the funds that Congress sent to Texas after Hurricane Harvey and this is the area that sustained more than half of the damage. Out of $1 billion, we would get zero? That is the opposite of what Congress intended."

Fletcher said just like the community came together after Harvey, she joined her colleagues in Congress to show a unified response to ensure Houston and Harris County gets a fair portion of the funds.

"Families have been waiting for far too long to recover from the hurricane's devastation. Period. We need to come together and help Houston and Harris County's families to rebuild, no matter which side of the aisle we are on," Congressman Sylvia R. Garcia said in a statement.

Congresswoman Sheila Jackson Lee said as Texas approaches the next hurricane season, the community is reminded of the devastation.

"The damage caused by Harvey is still being felt today. This flooding event hit low income and minority communities hard. The dollars sent by the Department of Housing and Urban Development to Texas are not just for housing repair, but to make sure that those with the greatest impact from Harvey receive mitigation funding that would reduce the likelihood of another devastating flood," Jackson Lee said. "I am confident that (U.S. HUD Secretary Marcia) Fudge will work to make sure that Houston and Harris County get the funding needed for flood mitigation."