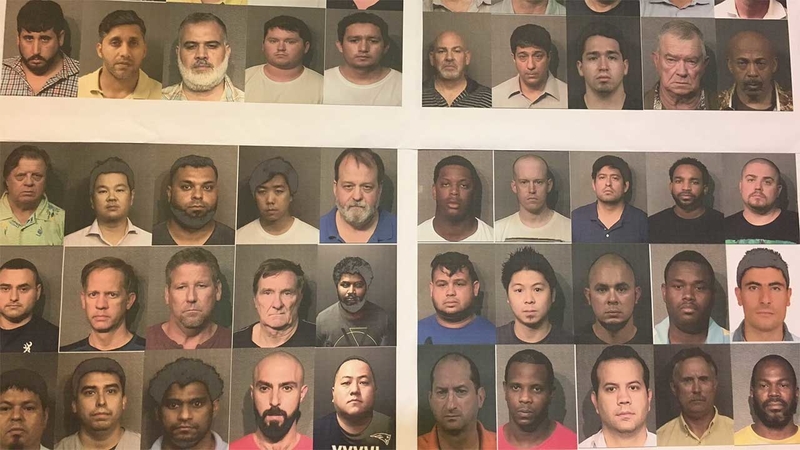 HPD officer one of 100+ 'Johns' arrested

HOUSTON, Texas (KTRK) -- A huge operation targeting people who pay for sex has led to the arrest of more than 100 so-called "Johns."

Houston Police Chief Art Acevedo says the operation targeted sex buyers with the hopes of deterring others from engaging in the illegal sex trade.

The 139 people arrested over 10 days come from all walks of life. Police say even one of their own was arrested and is now part of an internal affairs investigation.

An HPD officer was one of the more than 100 people caught in the sting. The officer worked in the auto theft division. He is now on restricted duty and is the subject of an internal investigation.

Among the accused Johns are two attorneys, a Sheldon ISD teacher, an independent contractor working with FEMA and two men charged with the same crime before, according to HPD.

Acevedo says he hopes it serves as a warning: If you try to take advantage of women involved in sex trafficking, you might be going into an HPD trap.

"Think about these fools up here and what they're bringing home to their own families. Their own loved ones by engaging in this extremely dangerous activity," said Acevedo.

Police say it was $60 just to get in the door and around $120 for a sex act. The HPD Vice Division also says the same site housed a similar business before with arrests dating back to 2007.