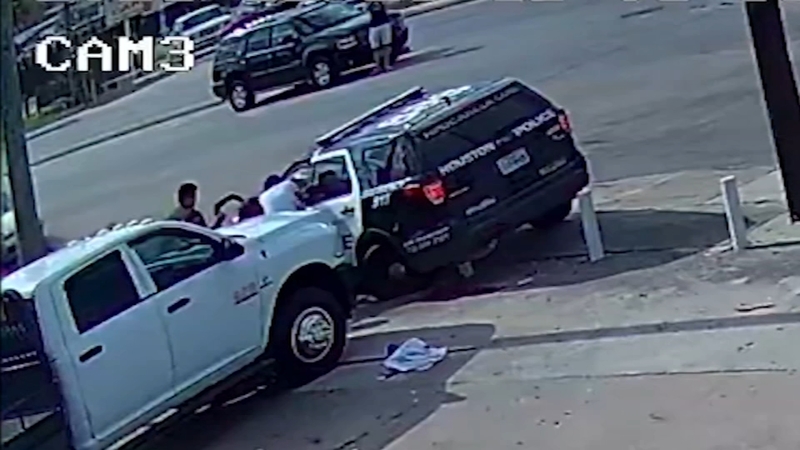 HOUSTON, Texas (KTRK) -- A Houston police officer involved in a crash that killed a 75-year-old man has been relieved of duty pending the outcome of the investigation.

Payne had been coming from the southbound lanes and was trying to cross the northbound lanes of N. Shepherd, when the HPD unit slammed into his vehicle.

Payne was transported to the hospital, where he died.

His family said that he had just left church when the crash happened.

Payne was a father of seven and had 13 grandchildren.

The deadly wreck is being investigated by HPD Vehicular Crimes and Internal Affairs Divisions, as well as the Harris County District Attorney's Office.

The officer was on duty at the time of the crash and was not responding to a call, HPD says.

CORRECTION: In earlier reports, family members had identified Charles Payne as being 77 years old. Later, his widow corrected his age to be 75.