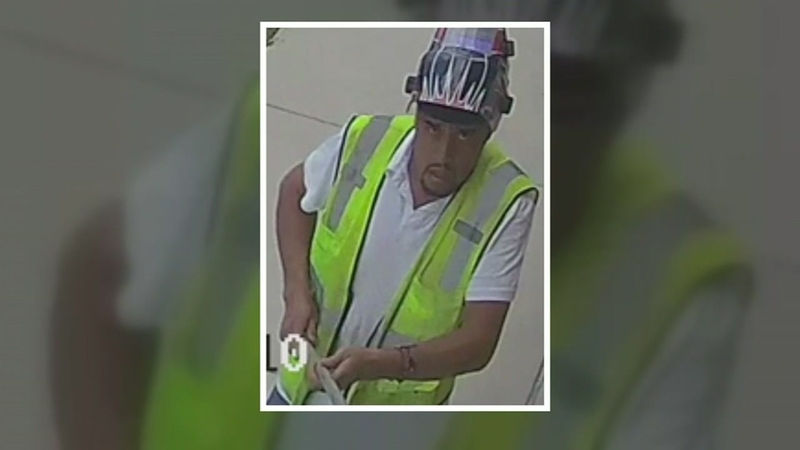 HOUSTON, Texas (KTRK) -- Houston police are trying to identify the thief who is stealing a critical part of a security gate, making them useless without it.

Our Metal Theft Unit investigators need help identifying a suspect wanted in at least 13 thefts of automatic gate controllers in the Houston area, the most recent occurring Sept. 26. Suspect was last seen in a black Ford Ranger pickup truck w/ a rack & red welder in the back. pic.twitter.com/PvzSmUbphi

So far the same crook is tied to at least 13 thefts since March, according to Sgt. Jesse Fite of HPD's Metal Theft Unit.

"This seems to be his thing," Fite said.

The last time he struck was on Wednesday at a law office on Studewood in the Heights. What he's targeting is not something police are used to seeing.

"This one is peculiar in that, that's all he seems to steal, the gate controller motor. It started back in March and it hasn't stopped yet," Fite said.

The man has been caught many times on video. The whole thing takes him less than 10 minutes. At least twice he's tried to sabotage security cameras, but police have managed to get clear images.

Video shows that he finds his target, cuts off the control box and takes it with him. At Lindale Healthcare Clinic on the North Loop, he even put the gate back on the track.

"When we pulled in and hit the remote, the gate just like completely fell off the track and almost hit our cars," described office manager Yvonne Soto.

Fite says the thief is likely a gate installer who reinstalls the motors for customers. They cost between $4,000-$5,000. He has a black Ford Ranger truck with a rack and red welder in the back.

You can also submit an anonymous tip online at www.Crime-Stoppers.org.

Jed Silverman says a thief stole the electric gate opener from his office in plain sight of a surveillance camera.